Wife kills herself and children after man fakes death

Police in Loudi, Hunan province, detained a man on Friday who faked his death in an accident in order to get an insurance payout, resulting in his wife's suicide and the deaths of their two children.

The 34-year-old man, surnamed He, from Loudi's Xinhua county, disappeared on Sept 7 while driving a borrowed car. Police found the vehicle in the Zijiang River on Sept 19 but did not find He's body.

On Wednesday, his 31-year-old wife, surnamed Dai, drowned herself along with their 4-year-old son and 3-year-old daughter after posting a suicide note on social media.

It said her husband's family had blamed her for He's disappearance, saying she did not have a job and spent too much money.

She wrote that she did not work because she wanted to take care of the young children, while her spending was reasonable. "I want to use my life to prove myself," she said in the note. 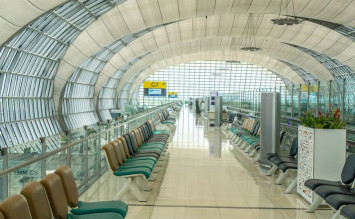 Dai also said she and her husband had been happily married and that she missed him. She said she was committing suicide and taking the children with her so the family could be together.

Her body and those of the children were recovered from a pond on Thursday. A post mortem examination confirmed they died by drowning, the county government said in a statement on Thursday.

He, the husband, went to a local police station on Friday after learning of the deaths.

Police said on Friday night that He owed more than 100,000 yuan (S$20,000) in repayments to an online lender. He had taken out a 1 million yuan personal accident insurance policy, naming his wife as the beneficiary.

He faked his death in order to get the insurance money, but his wife was unaware of the insurance policy and believed he was dead, the police said.

The man was detained by police on suspicion of intentional destruction of property and insurance fraud.

Xu Hao, a senior researcher for the Institute for Prevention of Financial and Securities Crimes at Central University of Finance and Economics in Beijing, said it was debatable whether the facts of the case constituted the crime of insurance fraud.

According to Criminal Law, insurance fraud is the crime of defrauding an insurance company of a large amount of money by illegal means, including deliberately staging an accident.

"After the man's disappearance, no one filed an insurance claim," Xu said. "It may not constitute a crime if he only staged the accident for the insurance but no claim was ever made to the insurer and no money was obtained by deception."

However, although the beneficiary had not filed a claim, it could be regarded as attempted insurance fraud, he added.

He's deception was not the direct cause of the deaths of his wife and children, so he is not criminally responsible for their deaths and it would be hard to determine his civil liability, Xu said.