Sephora, the beauty retailer owned by LVMH, the largest luxury group in the world, has come under fire for accusations of racially profiling customers in Hong Kong.

In a lengthy Instagram post, a user posting under the handle @bansephorahk described a shopping experience at a Sephora store in the K11 Art Mall in Tsim Sha Tsui, Kowloon.

The Post has not independently verified the allegations and has reached out to Sephora Hong Kong, which acknowledged the incident in an Instagram post on Aug 16, for comments.

The user, who is of Pakistani descent, said that upon leaving the shop with her sister and brother, a male staff member, who had previously "rolled his eyes" after being asked by the customer where to locate a brand, followed her out the door and went through her bag without offering any explanation.

She had previously bought some beauty products from Fenty at another store and was carrying them with her, and then bought some other items at the Sephora shop.

She said that even after she and her sister suggested they go through the metal detectors again and showed proof of receipts, the sales associate kept checking their bags and, after finding nothing wrong with them, dismissed them by saying, "Please shut up and get out of here." 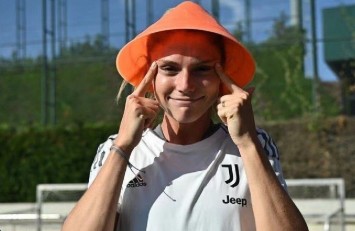 They told their father what had happened and he went back to the store to complain, which led to an altercation and the involvement of police officers, who dismissed the episode as a "misunderstanding", she said.

On a recent visit to the same Sephora store a few weeks after the episode, the user and her sister alleged that the staff kept staring at them and following them as they browsed the store.

"It was very [heartbreaking]," wrote the user, "how when we're going to a shop the whole focus is on me just in case that we don't steal [sic]."

The user ended the post by calling for a boycott of Sephora Hong Kong, which "should be banned because not only once but each and every time they have made us look bad so what if we are Pakistani?"

The post sparked a series of negative comments on the Instagram page of Sephora Hong Kong, which appeared to acknowledge the incident in a post of its own.

"We are aware of the latest service comments on Instagram and have looked into the matter seriously," said the post.

"Ensuring a positive and pleasant shopping experience is our utmost priority. We do not compromise on any inappropriate bias. We will continue to make Sephora a better place where everyone belongs to".

This was not the first time that Sephora had been accused of racially profiling its customers.

In the US, one of the beauty chain's main markets, black customers, including rapper SZA and comedian Leslie Jones, have in the past complained about racial bias and unfair treatment.

Earlier this year, and following last year's Black Lives Matter protests in the US, Sephora made a pledge to address racial bias by retraining its staff, including security guards and increasing the number of black-owned brands it carries.

In a follow-up phone conversation with the Instagram user, who wished to stay anonymous, she revealed that she is a Sephora gold member – meaning she has spent more than HK$7,500 (S$1,310) at the store within a year – and that the experience was extremely traumatising.

She described the shame and embarrassment she and her family felt after being unfairly called out for stealing, and went on to say that many of her friends also had similar experiences at Sephora in Hong Kong, which is why she decided to start this Instagram account and to call for a boycott of the company.