Identity duplicity: The two women have the same name but their faces are completely different.

Chen Chunxiu of Guanxian county, Shandong province, has decided to file a lawsuit against a woman who was admitted into university 16 years ago by stealing Chen's identity, according to a statement from Chen on Wednesday.

"To deal with the impostor in this case, I will use the law to defend my legal rights and interests," Chen said in the statement.

The alleged impostor, also surnamed Chen, is also from Guanxian and was suspended from her job at a community office in the county on June 11, one day after a joint investigative team consisting of officials from the county's commission for discipline inspection and supervision, public security and education was launched.

Chen Chunxiu, now 36, took the national college entrance examination in 2004 but didn't receive an enrolment notice from any college, even though her score was above the admission line.

Thinking she had failed the college entrance examination, she travelled to other cities to seek employment, including work as a waitress.

Chen discovered the identity theft when she was filling in forms for an adult education school on May 21 on the website of the China Higher Education Student Information and Career Centre, an authoritative institution directly under the Ministry of Education. 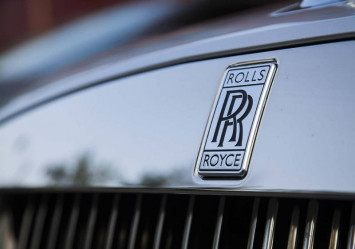 She discovered that a woman using her ID number and name had been admitted to the International Economics and Trade department of Shandong University of Technology in 2004.

The department and school she had applied to 16 years ago.

The ID number and name were the same, but the photo was different.

Chen Chunxiu contacted the university, which has sent staff workers to investigate.

The alleged impostor admitted she took Chen Chunxiu's place to study at the university, and it was her aunt who spent 2,000 yuan (S$40) to pay an agency for Chen Chunxiu's identity materials that were needed for admission, according to an explanation the suspect wrote on May 26.

The university has deleted Chen's academic information on the CHESICC website, explaining that the deletion was based on materials and verifications made by the school.

"Usually, a teacher needs to verify admission information for hundreds of new students. Mistakes do occur if the teachers are not strict enough," Wei Xiuting, vice-president of SDUT, was quoted as saying by China Central Television.

"We are improving the procedures of verifying students' admission information to avoid similar problems," Wei said.

It is not yet clear who intercepted Chen's enrolment notice and how they got her identity. The investigation is ongoing.

"If there is a possibility, I still want to go to SDUT to study," Chen Chunxiu said.

"She is frustrated after learning the truth," said her husband, Li Junwei, who added that she has never given up her dream of university studies.

"I will use all my strength to help her realise her dream of studying in a university," Li said.