Beijing police have detained a woman for forging and trading identity documents after she was earlier detained for blocking emergency vehicles' access to a hospital with a Rolls-Royce.

During her five days of administrative detention from Aug 15 for disturbing public order and blocking emergency access to the hospital, the woman, surnamed Shan, was identified as a suspect in the fabrication, purchase and sale of fake identity documents.

Beijing police said in a statement issued on Tuesday they were conducting further investigations with police from Shan's hometown.

Shan, 31, drove the Rolls-Royce, whose registered owner is a man surnamed He, to the emergency access road of Beijing Obstetrics and Gynecology Hospital on Aug 14 and left it parked there.

When traffic police arrived at the hospital in response to complaints they found Shan and asked her to move the car. But she refused to co-operate and argued with the police and hospital staff. In a video that was widely circulated online that day, Shan shouted "I don't have an obligation to co-operate" at the police. 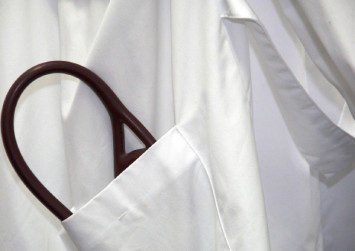 She eventually moved the car after the police issued an official warning and she was fined for illegal parking.

Later that day, Shan told The Beijing News in a video that she realised she had done something wrong and caused lots of trouble. She said she was late for her appointment and afraid that no one would treat her, adding that she saw another car driving onto the emergency access road and followed it.

After the video went viral online, many netizens questioned whether she was the rightful owner of the white Rolls-Royce and whether its license plate was legitimate, saying that Shan's highhanded behaviour suggested she had family connections.

Beijing police announced on Aug 15 that they had detained Shan for five days. Five days later they said a preliminary investigation had found she was suspected of involvement in criminal activities.

On Tuesday, the police bureau in Chaoyang district released further details of their investigation.

The police said the license plate of the Rolls-Royce, starting with Jing A, was initially issued in 1995 to a minivan and transferred to He in 2007, adding that "the process was completed in line with the relevant traffic regulations and policies".

Read Also
Man arrested for alleged use of counterfeit $50 notes, believed to have printed his own notes 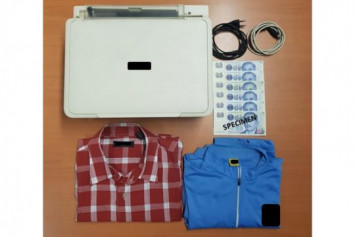 The Rolls-Royce was purchased last year by Shan's husband, surnamed Xu, a 53-year-old legal representative of a private enterprise, with a license plate starting with Jing H. Xu then entrusted his former personal driver, surnamed Guo, to look for a more prestigious plate number in the secondhand market.

Guo told Xu that he could find a plate starting with Jing A and transfer it to Shan's name. During that process Guo obtained more than 2 million yuan (S$387,781) from Xu.

Guo then reached He, who agreed to rent his Jing A license plate by transferring the Rolls-Royce to his name. The vehicle was still used by Shan, but according automobile regulations the plate could not be transferred to her name.

"Guo squandered the money given by Xu and his actions were suspected of fraud," the police said, adding that they arrested Guo on Aug 20 and are conducting further investigations into the case.

Police said the driver of the vehicle Shan followed onto the emergency access road was a disabled man taking his wife for a pregnancy check who held a legitimate priority pass for disabled drivers.