A 32-year-old woman in southern China has died after having breast augmentation surgery that her family knew nothing about.

The woman, surnamed Li, died on January 20 after a "medical emergency" interrupted the surgery at a medical beauty clinic in Liuzhou, in the Guangxi region two days earlier, local medical authorities said in a statement on Wednesday.

Liuzhou Health Planning Commission confirmed that the procedure, which uses the patient's own body fat to enhance and shape breasts, took place at Jinyin Aimili Medical Beauty Clinic on January 18, and that Li was under anaesthetic when the crisis began.

Authorities are trying to verify the medical qualifications of the surgeon and two nurses who took part in the operation, according to the statement. The anaesthesiologist in the case was found to have the proper credentials, the statement said.

Li's family told Red Star News on Thursday that the cause of the woman's death was unclear. Li's family - including her husband - and friends did not know she was having the surgery, they said.

On the afternoon of the operation, the clinic told her husband, surnamed Huang, that a problem had occurred while Li was having the procedure, and she had been rushed to Liuzhou Central Hospital for emergency treatment, he told Red Star News.

Read Also
Chinese man undergoing US$116 circumcision told he needs US$11,600 worth of surgery 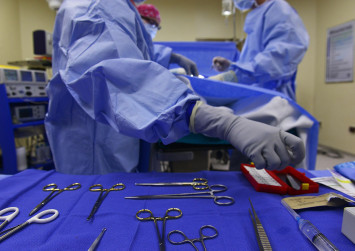 Huang said he had forbidden Li to have the surgery because of pressing mortgage payments and the cost of raising the couple's two children.

"The hospital doctor said that my wife had been sent there. Her heart rate was extremely weak and she could only breathe using a machine," Huang was quoted as saying.

Huang said he later found an invoice in his wife's bag showing she had secretly taken out a 20,278 yuan (S$4,060) loan for the operation, to be repaid over 18 months.

"They acknowledged that my wife's problem started while she was under their care, and were willing to bear the cost of treatment," he was quoted as saying.

Since Li's death, Huang said he had been unable to contact staff at the beauty clinic and still did not know the identities of the surgeon and nurses who performed the operation.

Huang said the anaesthesiologist in the procedure told him that Li's heart rate had plummeted and she had stopped breathing while fat was being extracted from her leg.

The anaesthesiologist said the woman had received 30 minutes of emergency treatment at Liuzhou Hospital of Traditional Chinese Medicine before doctors transferred her to Liuzhou Central, according to Huang.

The clinic's legal representative, Fan Liling, told Red Star News the doctors contacted the Chinese medicine hospital first because they feared there would be a bed shortage at the central hospital. 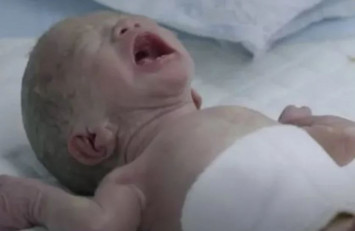 "The staff of the beauty clinic have made confession statements to the Health Planning Commission," Fan was quoted as saying. "We are now negotiating compensation with the family."

Under Chinese law, medical institutions must obtain written consent from patients and a signature from a family member before surgery can proceed.

But if an emergency requires it, authorised medical officials may do whatever is necessary to protect a patient without the consent of the patient's family members. It is not clear how Li initially underwent surgery without her relatives' consent.

In September 2017, a pregnant woman jumped to her death from a hospital window in northwestern Shaanxi province after her family refused to consent to her having a caesarean section.

The woman's family had insisted on her having a baby naturally even though doctors had advised that a C-section would have been safer given her medical condition. The case sparked a nationwide outcry focusing on women's rights to choose how they want to give birth.