A Chinese woman’s complaint about feeling uncomfortable during a topless medical examination by a lone male doctor has garnered 130 million views on Weibo and generated heated online debate about the one-week suspension the doctor received.

On June 17, a 26-year-old woman, surnamed Wang, from Zhangjiakou in Hebei province, northern China, went to the radiology department of Huailai County Hospital for a chest X-ray.

She was asked to remove her top and bra by the male radiologist whom she said did not provide her with a gown to cover herself.

Following the examination, Wang posted about her experience on WeChat Moments, and asked her friends for advice.

“I finished a medical examination required for my teacher qualification certificate, and the male doctor asked me to go topless,” Wang wrote. “What should I do now?”

Wang said that everyone being examined was asked to go topless, but she felt that was inappropriate, as she believes a chest X-ray only requires that no clothing with metal be worn and she told the doctor her bra did not have underwire.

Wang made a written complaint to the hospital the following day.

“This is a serious violation of people’s rights and dignity,” Wang wrote in the letter.

“Please investigate this matter — whether it is due to the hospital’s non-standard operating procedures or the doctor’s personal error — and give me a reasonable explanation.”

“Please properly deal with the doctor to prevent such incidents from occurring again,” Wang continued.

On June 19, Wang received a reply from the hospital explaining that the hospital does not have enough medical personnel to have female staff present during all check-ups. The hospital said that if undergoing a check-up topless makes a patient uncomfortable they should advise staff at the time and may decline to go through with the examination. 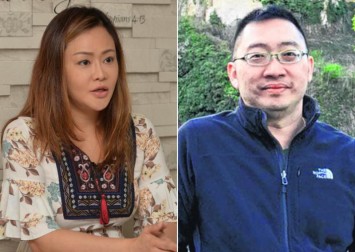 The hospital also said that the X-ray machine does not work very efficiently, and that the doctor may not have been able to communicate in detail with patients before examinations effectively due to the long queue for X-rays and the pressure this placed on staff to manage waiting times.

As a result of the woman’s complaint, the doctor was suspended from his job for a week and required to write a letter of “self-reflection”.

“The radiology department director has already apologised,” Wang said. “The main issue is a lack of proper communication.”

Many people online were outraged by the doctor’s behaviour and what they considered to be a lenient penalty.

“Shouldn’t he, as a doctor, know the proper physical examination procedure?” one person remarked.

“Only seven days of suspension?” wrote another enraged person online. “The cost of bad behaviour is far too low.”

Others expressed sympathy for the doctor, with one reasoning that: “He may have just wanted to expedite the process; after all, he didn’t molest or photograph the woman.”

In November last year, another woman made a similar complaint about a physical examination, resulting in her parents filing a complaint with police, who then criticised the doctor for rushing the procedure and failing to communicate effectively with the patient.