A woman who admitted throwing her newborn baby into a back-alley rubbish bin walked free from a manslaughter charge at a Hong Kong court on Tuesday.

Prosecutors had accused the Zambian national of gross negligence that resulted in the death of her unnamed daughter, who was found naked on a pavement in Wan Chai, about 12 hours after she was born on Oct 17, 2017.

But the judge sided with the defence in concluding prosecutors had failed to prove Bailey caused her daughter's death, given a gap in evidence on the time and cause of death.

The High Court previously heard Bailey was a student in Shanghai, who came to Hong Kong in September 2017 while awaiting a visa to rejoin her parents in Australia. 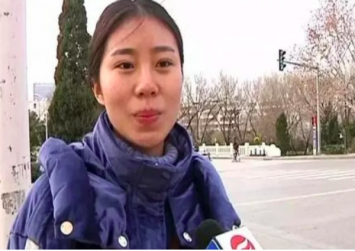 She stayed in a hostel in Wan Chai, where she experienced "abdominal pain" one afternoon and gave birth in a shared toilet at around 7pm.

She said the baby hiccupped once but did not respond when she moved her arms, so she wrapped her in a coat and placed her in a bag.

"I was scared," Bailey later told police. "I did not know what to do. I put the baby in the rubbish bin."

The abandoned infant was found by a passer-by 12 hours later and certified dead after a paramedic failed to resuscitate her.

An autopsy found evidence of lung expansion, which suggested the baby was born alive.

But doctors could not say how long she lived nor ascertain the cause of death.

Prosecutor Leslie Parry argued Bailey was grossly negligent because she knew she was pregnant but sought no medical help, even during her labour and after birth.

He also noted Bailey was not sure whether the baby was dead when she placed her in the bin.

But the judge observed the case had to be viewed in the circumstances of unexpected labour and said it was "speculative in the extreme" for prosecutors to claim Bailey's "egregious acts" caused the death without knowing how or when the baby died.

"It's not enough to say she was grossly negligent," he said.