A worker in a protective suit collects a swab from a construction worker for nucleic acid test in Wuhan, Hubei province, the epicentre of the novel coronavirus disease (Covid-19) outbreak in China, April 7, 2020.

The central Chinese city of Wuhan, where the coronavirus pandemic was first reported, has revised up its death toll to include 1,290 more people - increasing the total by roughly half.

The municipal government announced on Friday that the city's official death toll was now 3,869. It said it initially added 1,454 coronavirus deaths but cut 164 cases that had been duplicated or were the result of other diseases.

At the same time, the number of confirmed patients in the city increased from 50,008 to 50,333. A total of 542 cases that were not reported to hospitals at the time were added, but 217 duplicates were removed from the total, the authorities said.

"The coronavirus epidemic is the fastest spreading, most sweeping public health emergency … since the founding of the People's Republic of China," Wuhan authorities said.

The government said the increase in the death toll was mainly because many people died at home in the early stages of the epidemic as medical facilities were overwhelmed by an influx of patients.

"In the early stage of the epidemic, hospitals did not have the ability to admit and treat all of the patients, a small number of hospitals did not link up with the disease prevention and control information system, many hospitals were overwhelmed trying to transfer patients and medical staff were too busy treating patients. All these factors contributed to late reporting, failure to report and mistaken reporting," it said. 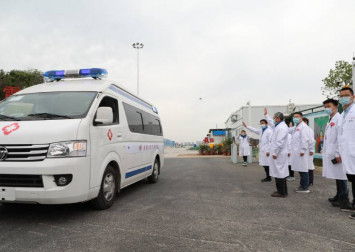 The government also said that the number of medical facilities designated for patients with Covid-19, the disease caused by the coronavirus, increased rapidly and various entities, from the provincial government to private businesses, were involved in their management.

Some of those bodies did not report numbers in a timely way and some death registration information did not include enough details, leading to duplicated, mistaken and false reporting.

"The epidemic data reflects the public's life and health - as well as the government's credibility," the municipal authority said.

It said a team of investigators was formed at the end of March to examine epidemic-related big data, and comprised specialists from the health, disease control, police, civil affairs, justice and statistics departments.

Xi Chen, an assistant professor at the Yale University's school of public health, said he was not surprised by the upward revision of the infection and fatality data in Wuhan.

"Wuhan was the first epicentre, and compared with epicentres later on, people in Wuhan knew even less about this novel virus back in January. The local health care system was unprepared for such a large-scale outbreak, as demonstrated by the late response, large number of health worker infections, shortage of testing kits and much lower ICU beds per capita, [among other things]," he said.

Chen said the new case fatality rate of 7.7 per cent was closer to that of New York, and "makes more sense".

"New York and Wuhan have much in common regarding the conditions for virus transmission, such as reliance on public transport, high population density, and late public health response to Covid-19. We have seen New York also adjusted upward mortality data, similarly due to the shortage of test kits at the beginning," he said. 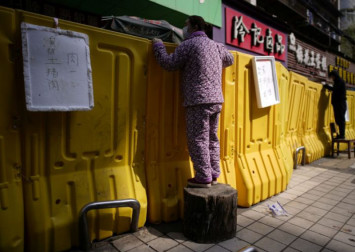 He said the rising case fatality rate showed once again that Covid-19 was not flu.

"For countries that still would like to loosen the regulations to reopen the economy soon, this offers a strong signal for reconsideration," Chen said.

Lu Jiahai, a professor of epidemiology at Sun Yat-sen University in Guangzhou, said it was important that Wuhan's numbers were accurate to give a real picture of the early stage of the outbreak.

"It demonstrates the authorities' attitude of seeking the truth from facts," Lu said. "This is also a strong and convincing response towards the accusation that China has covered up its coronavirus cases."

Alex Cook, from the National University of Singapore, who specialises in infectious diseases modelling, said mortality figures were a matter for debate and were frequently revised as deaths were investigated.

"What counts as a Covid death may vary in different countries. Does the deceased need to have tested positive? Does Covid have to be the primary cause of death? This complicates some comparisons of death rates between countries," Cook said.

"It's good that the Wuhan authorities have investigated these deaths and publicly revised the death toll."