Xi Jinping: China's goals are within reach and we won't be bullied

President Xi Jinping, seen on a giant screen, sings the national anthem during a flag-raising ceremony at the Tiananmen Square event on Thursday.

China’s rejuvenation is finally within grasp and any attempt to bully the nation will be met with a steely response, President Xi Jinping said on Thursday (July 1) in a spirited speech marking the Communist Party’s centenary.

For the first time, the ruling party celebrated its anniversary in central Beijing’s Tiananmen Square – a location reserved for the most important national events.

Flanked by other party leaders both past and present, Xi, the most powerful leader in decades, stepped up to the rostrum at the Gate of Heavenly Peace to address the nation.

In an hour-long speech, Xi hailed the achievements China has made under the communist leadership.

He recalled the dark days of China’s “century of humiliation” and said history had proved that only the party could unite the nation and lead it to rejuvenation. “China’s success hinges on the party,” Xi said. “Any attempt to divide the party from the Chinese people is bound to fail.”

He also delivered a measured yet firm message to the world – that China “does not carry aggressive or hegemonic traits in its genes”, but the days when it could be bullied by foreign powers were long gone.

“We have never bullied, oppressed, or subjugated the people of any other country, and we never will. By the same token, we will never allow any foreign force to bully, oppress, or subjugate us,” he said.

“Anyone who would attempt to do so will find themselves on a collision course with a great wall of steel forged by 1.4 billion Chinese people,” Xi said to loud applause from the audience of more than 70,000 people in the square.

In a crowning moment for Xi – who is expected to start his third term next year after the 20th party congress, which would make him the longest-serving party secretary – he declared that China had achieved the first of its “two centenary goals” and was now “a moderately well-off society in all respects”.

In quantitative terms, this means China has eliminated absolute poverty and doubled its per capita income on the basis of 2010. China’s per capita GDP in 2020 reached U$10,500 (S$14,000), around the same as the global average of U$10,925, according to the World Bank. 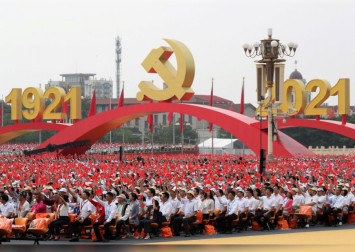 The next step is for China to become “a great modern socialist country” by 2049 and complete its national rejuvenation goal.

The party has never revealed tangible targets for that, but it is widely believed that it includes bringing Taiwan under mainland control.

Xi on Thursday also called for people on both sides of the Taiwan Strait to work together and advance “peaceful reunification”.

He said “resolving the Taiwan question and realising the complete reunification is a historic mission and an unshakeable commitment” of the party.

“We must take resolute action to utterly defeat any attempt towards Taiwan independence,” Xi said. “No one should underestimate the resolve, the will, and the ability of the Chinese people to defend their national sovereignty and territorial integrity.”

Lu Xiang, a senior fellow on US-China relations with the Chinese Academy of Social Sciences, noted that Xi’s remarks on Taiwan and his warning against foreign intervention had been interrupted by “rare” spontaneous cheers and applause from the crowd.

“The Chinese public are no longer excited by talk of great economic development. The issue of Taiwan is dear to their hearts and a top concern,” Lu said.

Shi Yinhong, a professor of international relations at Renmin University, expected that “preparations (to achieve) reunification will speed up”, but said there was no indication of a political deadline to meet that goal.

The party milestone comes at a critical time for China as it faces “a once in a century” shift in the global geopolitical landscape that brings both opportunities and challenges.

China remains the world’s biggest exporter despite a messy trade war with the United States. It has also managed to emerge largely unscathed from the global Covid-19 pandemic – despite being the place where the deadly disease was first reported.

At the same time, the Communist Party under Xi’s leadership is also facing a growing backlash from Western democracies, particularly the United States.

Washington increasingly sees China as an aggressive competitor and is concerned by Beijing’s clampdown on civil society, its alleged abuse of human rights in Xinjiang and Tibet, and the political crackdown in Hong Kong. 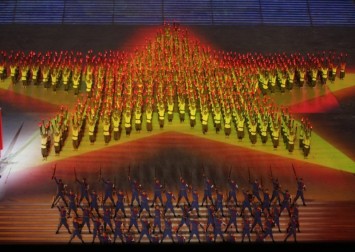 Xi, in an obvious response to Washington’s criticism, said China would stick to the path “we have chosen for ourselves and make sure the destiny of China remains firmly in our own hands”.

“We are eager to learn lessons from other cultures, and welcome helpful suggestions and constructive criticism."

"We will not, however, accept sanctimonious preaching from those who feel they have the right to lecture us,” he said.

Deng Yuwen, a former editor at party publication Study Times, said Xi’s message was carefully calibrated to send a warning to the US.

He said Xi also included these elements in his speech because of rising nationalistic sentiment in China – by appealing to patriotism he could further boost his popular support.

Embracing the confrontations ahead, Xi said the party must “always be prepared for potential danger, even in times of peace”.

“We must adopt a holistic approach to national security that balances development and security imperatives, and implement the national rejuvenation strategy within a wider context of the once-in-a-century changes taking place in the world,” he said.

Xi, who is also the supreme commander of the People’s Liberation Army, said China would continue to strengthen its military and elevate it to “world-class standards so that we are equipped with greater capacity and more reliable means for safeguarding our national sovereignty, security, and development interests”.

To highlight the unity and continuity of the party leadership, many former leaders appeared on the rostrum with Xi, including his predecessor Hu Jintao and former premier Wen Jiabao. At 104, former Politburo Standing Committee member Song Ping was the oldest to attend.

Jiang was last seen in public at the National Day celebration in October 2019, while Zhu has rarely appeared in public in recent years.

In an event heavy with symbolic meaning, the party also included many young people in the parade and celebrations. Tom Rafferty, regional director for Asia of the Economist Intelligence Unit, said it was a deliberate gesture to galvanise support from the next generation.

“The appeal to youth to support national goals was one of the most revealing elements of the speech. This comes at a time when there is a broader debate in Chinese society about the disengagement of young people from public life,” Rafferty said. 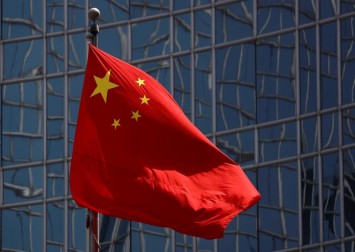 “It shows the party’s concern to renew itself and make a career in its ranks appealing to a younger generation.”

Nis Gruenberg, a senior analyst with the Mercator Institute for China Studies, said Xi’s speech was largely in line with expectations.

“The narrative goes all-in on fusing CCP and Chinese identity closely together, showing the party as the guide star not only in politics but for society at large,” Gruenberg said.

“Xi is also reiterating the narrative that China has embarked into a new era, in which it stands tall in the international community."

"In Anchorage, (top Chinese diplomat) Yang Jiechi told his US counterparts that they did not have the mandate to speak to China from a position of strength. Xi’s speech pushed this new confidence in front of a domestic audience.”