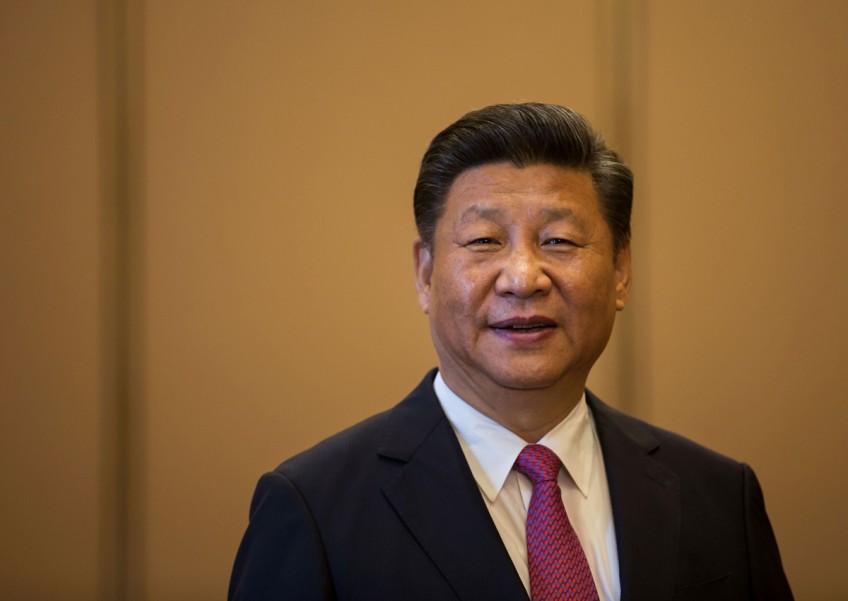 In phone call, he says 'some negative factors' need attention

China hopes the United States will appropriately address issues regarding Taiwan by honoring the one-China policy and the three key bilateral joint statements made to date, President Xi Jinping told US President Donald Trump in a telephone conversation on Monday.

The conversation came at a time when two-way ties have been strained by Washington's recently unveiled plan to sell arms to Taiwan and the incursion of a warship into Chinese territorial waters off the Xisha Islands in the South China Sea.

Observers warned that if Washington fails to do damage control, ties between the countries may fray, as an arms deal breaches US pledges in past official statements and betrays the one-China policy.

Xi said bilateral ties have been bolstered in important ways since his meeting with Trump at the Mar-a-Lago resort in the US in April, but added that ties are also "impacted by some negative factors".

The two largest world economies should "focus on co-operation and manage and control their differences", Xi said.

Trump said the relationship has broad prospects, with both countries having a wide spectrum of common interests. The US government continues to uphold the one-China policy, and there has been no change in that position, he said.

Xi said China attaches great importance to Trump's reaffirmation of US adherence to the policy.

The two leaders agreed to meet on the sidelines of the G20 Summit in Hamburg, Germany, this week and will continue to exchange views on issues of common concern, the Foreign Ministry said in a release.

Ruan Zongze, vice-president of the China Institute of International Studies, said the US arms sales to Taiwan "obviously breach US commitments" in the three key statements, while interfering with China's domestic affairs and sending misleading signals to those who seek Taiwan independence.

"Although Washington has many times reaffirmed that it subscribes to the one-China policy, it should take actions that honour its words, rather than eating its words," Ruan said.

Yin Zhuo, director of the Expert Consultation Committee of the People's Liberation Army Navy, said that despite the negative factors clouding overall ties, the two militaries have institutionalized dialogue mechanisms and frequent exchanges of officers to help eliminate doubts and mistrust.

When referring to the challenges facing the global economy, Xi said it is necessary for China and the US to work with other G20 member economies to strengthen the group's role and reinforce concerted efforts.