The pregnant woman was refused entry to Xian Gaoxin Hospital because of Covid-19 regulations.

The Chinese city of Xian has sacked or suspended several staff at a hospital where an eight-months-pregnant woman lost her baby after being refused admission because her Covid-19 test result had expired.

The manager of Xian Gaoxin Hospital was suspended and those in charge of the outpatient and medical departments were dismissed, the municipal government said on Thursday (Jan 6), after an investigation.

“The hospital should apologise to the public, actively reflect and sort out hidden risks in the work process, and further strengthen hospital management to optimise the medical treatment process,” the municipal government said.

Xian’s 13 million residents have been in full lockdown for a fortnight and several local officials had already been punished for the city’s handling of its weeks-long outbreak.

Two women in Xian had reported losing a baby after coronavirus-related restrictions delayed their treatment.

In the case at Xian Gaoxin Hospital, a video circulating online showed a woman who was eight months pregnant sitting outside a hospital with blood running down her legs, after she was refused immediate entry for not having a valid Covid-19 test result.

She was kept waiting for two hours on Saturday night because her test had expired four hours earlier, and subsequently lost her baby, her niece said in a post on Weibo, China’s Twitter-like social media platform.

Before the punishments were announced, Chinese news portal City Link quoted an unnamed staff member from Xian Gaoxin Hospital as saying “we have done what we are supposed to do”. 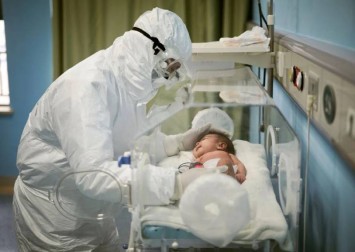 The hospital had yet to issue a public apology or release any information about compensation. When contacted, it said it could not provide further details until it received direction from the authorities.

The northwestern city has adapted its Covid-19 rules since the incident, saying that hospitals should provide “green lanes” to pregnant women and patients with critical illnesses.

Residential compounds have reportedly started to keep records of pregnant women in response to the policy update.

Another woman wrote on Weibo on Wednesday that she was turned away by several hospitals on December 29 when she started bleeding that morning.

The first hospital refused her because she lived in a “closed-loop management area”, which people are banned from leaving, she said.

Calls by her husband and police officers to other hospitals, the epidemic command centre and a government hotline went unanswered. By the time she was admitted by a hospital in late afternoon after a Covid-19 test, she had already lost her baby.

Although Xian on Wednesday reported a significant drop in new Covid-19 cases, there has been repeated criticism of the local authorities’ handling of pandemic control measures, with complaints of a food shortage and failures of the local health code app, which is needed for travel and entering buildings.