Most young Hongkongers do not need a fourth dose of a Covid-19 vaccine as it will only provide limited protection for a short time, a government adviser has said two days after the booster shot was made available to adults.

Professor Lau Yu Lung, who chairs the government’s Scientific Committee on Vaccine Preventable Diseases, on Monday said the priority was still to boost the three-dose inoculation rate among the city’s vulnerable elderly residents.

The main purpose of vaccination, Lau added, was to reduce severe symptoms and fatalities after infection, and for those aged 18 to 59, three doses provided enough protection, with the rate of severe illness or death for the group near zero.

He said for this age group, a fourth shot would only function to protect against infection for a duration of just one to two months.

Lau added that receiving the same shot over and over would provide less protection after each dose, and adverse effects such as myocarditis from the BioNTech vaccine were possible among young people.

“From the perspective of preventing severe conditions or death, people in this age group should absolutely not get a fourth shot,” he told a radio programme.

Hong Kong rolled out the fourth round of jabs for residents aged 18 to 59 on Saturday. A joint scientific committee had on Friday recommended a fourth dose for people in this age group who were at higher risk of Covid-19 exposure or with personal needs, including travelling or studying abroad. A fourth shot should be received at least six months after the third one.

The experts last month recommended a fourth dose for residents aged 60 years or above, the group hit hardest by fatalities during the recent fifth wave of infections.

Lau said provision of a fourth dose mainly targeted the elderly and those with chronic conditions such as kidney problems and cancers who needed the booster for protection against severe symptoms and death.

For younger residents, only those who needed to travel or study abroad, and medical staff as well as those working at border quarantine sites might need a fourth jab, he said.

Lau said the current priority was still to boost the vaccination rate for three doses among the elderly, especially those aged 70 and above, in the next two to three months, which he regarded as a “honeymoon period” – the end of the fifth wave before a possible sixth one could emerge. 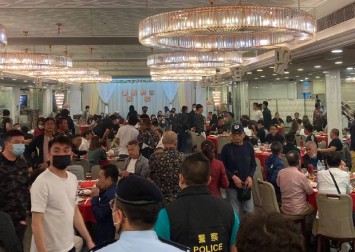 Dr Ho Pak Leung, a top microbiologist from the University of Hong Kong, also said there was no urgency for healthy people to receive a fourth dose.

“For people who are perfectly healthy, from the perspective of preventing serious conditions, there is no pressing need [to take a fourth dose],” Ho told another radio programme.

He said people with chronic illnesses, such as diabetes, kidney failure and obesity, would have a greater need to get their fourth dose.

While new coronavirus variants could leak into the community, Ho said, the focus should be more on whether a rise in serious cases occurred rather than on overall infection figures.

Provided people had completed their vaccination schedule, the arrival of Omicron-related subvariants in the community, should be of small concern, he noted.