Tens of thousands of mourners from across China flocked to the funeral of Yuan Longping in the central city of Changsha on Monday (May 24) in a spontaneous outpouring of public grief for the agronomist and national hero known as “the father of hybrid rice”.

Millions more paid their last respects at a state-sanctioned virtual funeral held online for Yuan after he died of organ failure aged 90 on Saturday, a beloved figure credited with saving tens of millions from hunger in China as well as developing countries across Asia and Africa.

The scale of mass mourning was reminiscent of the funerals of only a few Chinese leaders in modern history, and the crowds of grieving younger people underscored the deep regard for him across generations.

Relatives and friends bowed before Yuan’s remains covered by the national flag at the funeral home, CCTV footage showed.

Hundreds of taxis and buses in Changsha voluntarily suspended fares for the day to provide free rides for people who were travelling to pay their respects to Yuan.

Chrysanthemums were nearly sold out at the city’s flower market and some people were handing out flowers for free at the entrance of the funeral home, local media reported.

More than 100,000 people had lined up in the rain on Sunday to lay flowers and more than 17 million visited a virtual condolence hall set up by People’s Daily .

The hashtag for Yuan’s funeral was among the top trends on Weibo , read by 1.7 billion as of 1pm on Monday.

Yuan is regarded as a national hero for developing the first hybrid rice varieties in the 1970s, boosting grain harvests and helping to feed the world’s most populous country. 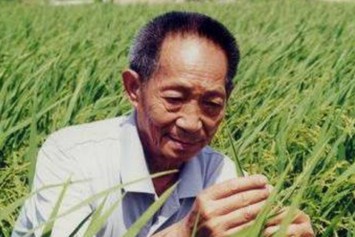 State media credited Yuan’s research with enabling China to “feed 70 million more people”, and hybrid rice has been introduced in more than 40 countries, with a planting area outside China of about eight million hectares (20 million acres).

Yuan had an asteroid named after him in 1999, and two years ago received the Medal of the Republic, China’s highest state honour.

A letter sent by Yuan’s family on Monday said that Yuan had harboured the ambition of “letting the people of the world eat well”, and his dream of “covering the world with hybrid rice” had been “initially realised”.

His last wish of “developing hybrid rice for the benefit of the world” would be upheld, the letter said.

The nationwide tributes to Yuan amounted to a rare spontaneous expression of sorrow – a phenomenon usually seen only after the death of political heavyweights such as former premier Zhou Enlai and former paramount leader Deng Xiaoping.

One person who was at the funeral home was quoted by Beijing News as saying: “I am a farmer. I never met Yuan Longping, but I witnessed the shortage of food in China, and I am grateful for what Yuan has done. Farewell, Yuan.”

A resident in Changsha said the station had been crowded with people heading to the funeral home since Sunday morning.

“I have never seen such a big scene,” they wrote on Weibo. “People of our generation have never experienced a lack of food and cannot fully perceive the contribution made by academician Yuan Longping. But we also respect him and will remember him.”

The notice by Weibo said that the social media platform took a “zero tolerance” attitude towards the publication and dissemination of material that was “distorted, vilifying, blasphemous, and in denial of the deeds and spirit of heroes and martyrs”. 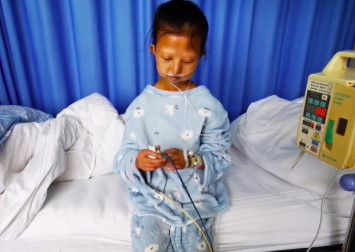 “Brother Longping, my dear friend! Rest well in heaven,” Zhong was quoted as saying by Science and Technology Daily. “You are a true scholar who I admire most.”

The Guangdong Institute of Respiratory Health, led by Zhong, wrote on Weibo: “A state scholar of no equal. We are grateful for every minute and every second that we spent in the same space and time with such a great person as Yuan Longping. The stars of this world are bright because of you.”