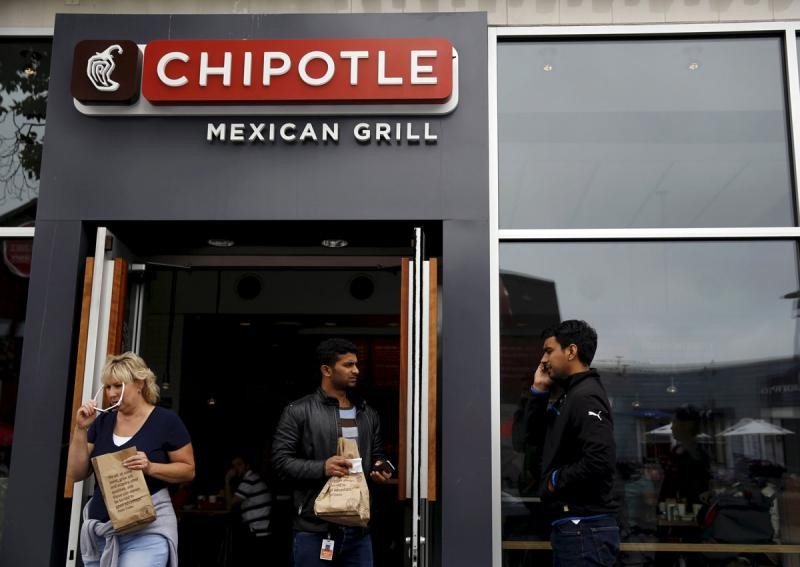 LOS ANGELES - In its struggle to win back customers after last year's food safety issues, Chipotle Mexican Grill Inc is embracing strategies it once rejected.

Executives at the formerly high-flying burrito chain announced plans this week to expand its menu, explore a loyalty programme, spend heavily on traditional advertising and potentially put the brakes on some new restaurant deals - moves embraced by its competitors but not previously by Chipotle.

Successful brands such as Starbucks Corp and Panera Bread Co used similar strategies after they saw slowdowns in once robust sales. "Chipotle is just falling in line with the way the rest of the industry operates," said Darren Tristano, president of food service consulting firm Technomic.

Before Chipotle was tied to E. coli, salmonella and norovirus outbreaks last year, it could raise prices with little to no pushback from diners. It also kept finding new ways to squeeze more sales and profits from its restaurants, fueling outsized share gains.

This week the chain posted its first-ever quarterly loss as millions of dollars in free food giveaways failed to lure back enough paying customers to satisfy Wall Street.

Chipotle executives appear willing to step outside their comfort zone to fix what ails the chain, "but we also question whether (Chipotle) will ever regain its lost lustre," Deutsche Bank analyst Brett Levy said in a note.

The company plans to put chorizo on the menu, only its second protein addition in more than 20 years, and will experiment with loyalty programs, something it once dismissed as unnecessary discounts for frequent customers.

Chipotle is also investing heavily in traditional advertising focused on food quality, a major shift from is former dependence on offbeat marketing projects, such as quirky short promotional films.

After adding about 200 restaurants annually in recent years, Chipotle is now carefully reviewing new restaurant projects it had previously green-lighted, co-Chief Executive Monty Moran said. "We might walk away from some of those deals," Moran said on an earnings conference call on Tuesday.