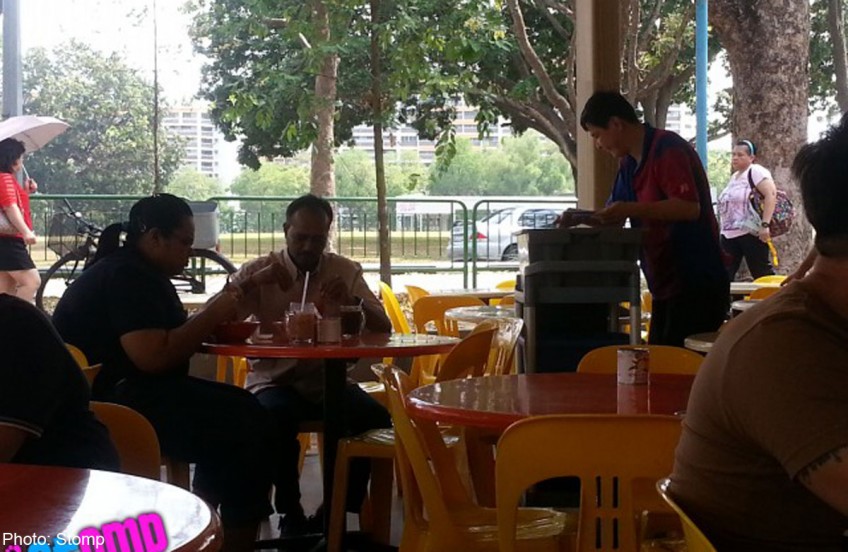 Stomp contributor kopikia was concerned to see cleaners at a Yishun coffeeshop push cleaning trolleys into the dining area there, potentially bringing about an outbreak of food poisoning.

According to the Stomp contributor, who was supervisor in a cleaning company in the past, a cleaning trolley may be infected with bacteria and thus, pushing it into an area with freshly-served food may lead to cross-contamination.

"Food trolleys are not cleaned in detail but reused often, which may lead to bacteria growing on an untreated trolley.

"I spotted cleaners at a coffeeshop at Block 925 Yishun Central 1 breaking rules set by the National Environment Agency (NEA) by pushing the dish trolley with old food, which might be contaminated with deadly diseases, into the eating area, potentially causing a cross-contaminated to fresh served food."

Having worked as an area supervisor with a cleaning company before, the Stomper is familiar with the rules that cleaners have to adhere to; that they are not allowed to push the trolleys table by table to collect stale dishes from dinners.

Instead, they are supposed to leave the trolley at a spot away from the dining area, and then collect the dirty plates one by one before placing it on the trolley.

"On several occasions, I have seen private cleaning companies -- mostly from coffeeshops -- not following this set of hygiene rules from NEA..

"I believe this is due to the management not enforcing the NEA rules on their workers. Perhaps the agency should advice the various cleaning contractors on the guidelines and do periodic spot checks on them.

"With the occurrences of food poisoning from cross-contamination or direct contamination are minmised thanks to the controlling and execution of the hygienic guidelines, our immune system are probably not as strong as that of our grandparents as they grew up eating food deemed unhygienic now.

"Prevention is always better than cure, and I hope we don't get hit by such an outbreak, and that the authorities can be strict with contractors who don't adhere to the rules."