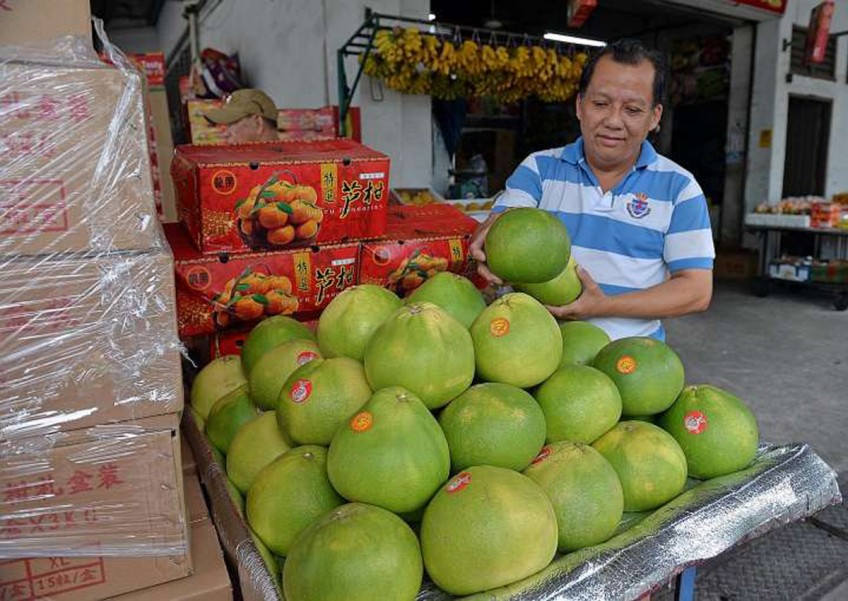 Expect to pay more for Chinese leek, Korean strawberries and Thai asparagus in the coming days. And you can blame the cold snap for it.

Supplies of certain vegetables and fruit from China, Taiwan, Thailand, South Korea and the United States - countries struck by an unusual cold wave since last week - may be hit. This could see prices rising.

At supermarket chain FairPrice, prices of leek and tango lettuce from China, and lettuce and celery from Taiwan have increased slightly - by less than 5 per cent - due to reduced supply. Prices of Korean strawberries are up by 10 to 15 per cent.

At Giant, the cost price of leek and tang oh (garland chrysanthemum) from China have gone up by 25 per cent, although a spokesman said retail prices "remain competitive".

A cold wave from China making its way south has caused temperatures to plunge in parts of the region over the past few days, resulting in cancelled flights, stranded holidaymakers and withered crops.

The wholesale price of fresh leek has doubled compared with the same time last year, while the shipment of tang oh has plunged by 90 per cent. "Importers are all panicking that they may not have enough supply to meet the demand of their customers," said Mr Tan.

Erratic weather in other parts of the world has also affected prices of some imports here.

"The cost price was higher than my selling price last year, about a 50 per cent increase. The quality of the produce was not that good either," said FreshDirect director Desmond Bernavey Lee.

He expects the recent cold snap to push up prices for asparagus from Thailand.

"I've got feedback from farms there that the vegetables are not growing as fast as they should be because of the cold," he said.

Wholsesalers and retailers are looking for other options. They can turn to Egypt, Australia and New Zealand for strawberries, and to Malaysia for lettuce.

Meanwhile, Malaysian newspaper The Star reported yesterday that the harvest of pomelos in the country has fallen by nearly half due to last year's haze and rainy season.

Pomelos are usually eaten during Chinese New Year as they signify prosperity and good luck.

At FairPrice, prices of pomelos have increased by 3 to 6 per cent compared to last year. The chain also imports pomelos from Vietnam.

Mr Victor Chai, director of fresh and frozen products at FairPrice's purchasing and merchandising department, said the chain will "continue to monitor the situation closely, and work with our suppliers to provide the best prices to our shoppers".

This article was first published on January 27, 2016.
Get a copy of The Straits Times or go to straitstimes.com for more stories.