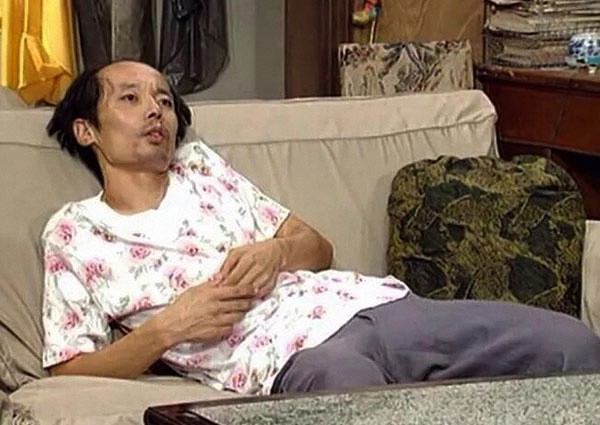 Ge You, the champion of "Beijing repose", appears in television show I Love My Family.
China Daily/ANN

Perhaps the heat-induced fatigue is to blame.

While good upbringing in China dictates that the proper position for sitting is upright, one tends to be sucked in by the sofa in this weather, ending up with much of the body supine－to the extent that, as a new joke goes, below the neck are the legs.

It is said that Beijingers are especially prone to this way of reclining. Many entertainers of Beijing origin have been caught on camera in this inelegant but comfortable position. But the ultimate champion for this "Beijing repose" is Ge You, a master comedian whose cameo appearance in a situation comedy spawned a wave of good-humored interpretations and imitations.

I Love My Family was a television show popular two decades ago and, in two episodes, Ge played a scam artist who tried to pass himself off as an inventor. After the hosts invited him in, he simply refused to leave, sticking to their couch as if he were master of the household.

Ge's style of comedy－emotionless, mysterious and even aloof－has since won millions of fans through a series of blockbuster films. The image of him burying much of his back in the couch has turned into an emoji icon with a countless variety of captions, often with no connection to the original TV context.

People with little knowledge of the source material would believe this is the archetypal image for a couch potato.

In recent days, the existential ennui has been magnified as Chinese netizens added other global celebrities to the lineup－all in the same lolling position. They include some of the world's best-known superheroes, such as Iron Man and Thor.

Chen Hong, a physician in a Beijing hospital, said that when your upper body goes forward by 20 degrees in such a position, you might feel comfortable but it exerts pressure on the spine. So, the "Beijing repose" embodied by Ge is inadvisable.