Commonwealth Games: Better do our best 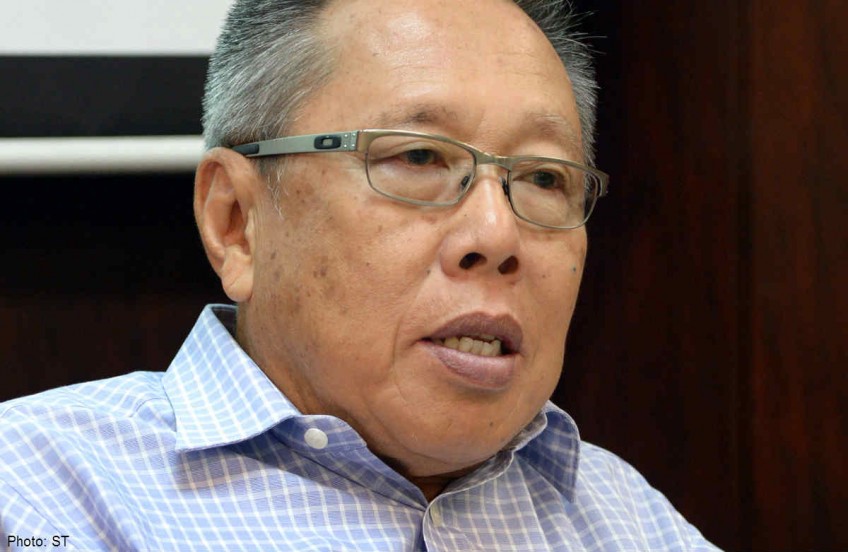 You were Team Singapore's CDM at the 2007 South-east Asia Games and 2010 Asian Games, are the challenges of being a Commonwealth Games CDM any different?

Low Teo Ping: The distance is one challenge because we're no longer talking just about Asia now.

Travelling times are longer and we have to plan it in such a way that athletes have enough rest.

For example, we can fly through Dubai to get to Glasgow, but that's roughly two six-hour trips and it could be quite difficult for athletes to get proper rest.

So we're flying to Amsterdam first. That's a solid 10 hours of rest, before a short flight to Glasgow. We could have gone through London, but it's a nightmare getting from one terminal to another at Heathrow. So, these are the things my team and I have to consider.

Then there's the weather, which can be quite unpredictable in Scotland. It can be 20 degrees Celsius in the day, and 10 at night with strong winds and rain. We have to ensure the athletes keep warm and don't get chills.

Food-wise, I think there's no issue about a lack of Asian food because I've been told there would be a very good nutritional spread, so I don't see a need to bring our own chefs.

We've gone for a recce trip in February and, from what we've seen of the atmosphere and environment, it's going to be a very good Commonwealth Games.

With the MH17 incident, have there been any adjustments made to Team Singapore's travel plans?

Low: I think it's a good reassurance that Singapore Airlines and KLM (Royal Dutch Airlines) have confirmed they are not flying over the concerned Ukraine airspace.

As far as I know, usually the flight there will not involve that airspace, it's the coming back where some flights take a shortcut over Eastern Europe.

For us, safety is paramount and we are glad to have the reassurance from SQ and KLM.

Four years ago, Singapore's 4x200m freestyle men's relay team were disqualified from the final after national coach Ang Peng Siong, also their manager and psychologist in Delhi, was late in handing in the paperwork. How do we ensure there is no repeat of such errors?

Low: The incident was a function of the location and we have learnt from it.

We talked about it and we also learnt from other instances, such as Joseph Schooling's swimwear fiasco at the London Olympics.

We must be aware of these things and be cognisant of the rules, be it attire, doping, or even simple things like confirmation of whereabouts.

Team Singapore achieved their best Commonwealth Games haul in Delhi 2010 with 11 golds, 11 silvers and nine bronzes to finish eighth overall. What is the target for the 70 athletes this year?

Low: We are gunning to improve on that. Table tennis (six golds, five silvers, one bronze), shooting (five golds, four silvers, five bronzes), badminton (one silver, two bronzes) and gymnastics (one silver, one bronze) did well four years ago and I think they will continue to do well.

Individually, I want athletes to come back having improved on their qualifying results.

What do you think is stopping them from delivering more medals, particularly in sports other than table tennis and shooting, at the Commonwealth Games level?

Low: Unfortunately, the Commonwealth Games generally feature 17 sports, not a wide array, and they don't include certain sports like sailing which we are good at.

As for the sports included, there are world powerhouses such as Australia, England and Canada for swimming, and Jamaica for athletics. I think if our athletes can keep improving on their personal bests, hopefully they would gradually get into medal range.

Games on Games, we have been improving our medal haul, so we are moving in the right direction.

At the recent SEA Games, we have shown that we have won medals beyond our traditional goldmines and achieved good results in basketball, rowing and equestrian.

There has been a lot of investment in sports in Singapore and slowly but surely, we are seeing the fruits of the efforts.

With the Commonwealth Games (Wednesday to Aug 3) in such close proximity to the Asian Games (Sept 19 to Oct 4), is there a worry that some athletes could treat the former as a warm-up, since it could be tough to peak for two back-to-back major Games?

What are you expecting from the 35 officials from Team Singapore?

Low: Their priority is the welfare and needs of our athletes, to take care of them all the way.

For some of them, this could be their first major Games, but from what I see, they are all capable and knowledgeable.

What I've told athletes and officials is this: We are not in Glasgow for holiday.

You must be responsible to yourselves, to your teammates, to your sport, and most importantly, to Singapore.

Be proud of who you represent and I've made them bring their own national flag to be reminded of these every day when we are in Glasgow.

Personally, how are you preparing for this trip?

Low: Oh, it's very stressful packing for this trip because I have to pack attire for official functions, team attire, sporting events, flag-raising and opening ceremonies, wet and cold weather gear, shoes and ties to match and even an umbrella.

It's easier packing for a holiday or business trip.

My comfort items would be my favourite pair of sports shoes and a windbreaker that I was given at the 2006 Asian Games, because they are very comfortable to wear.