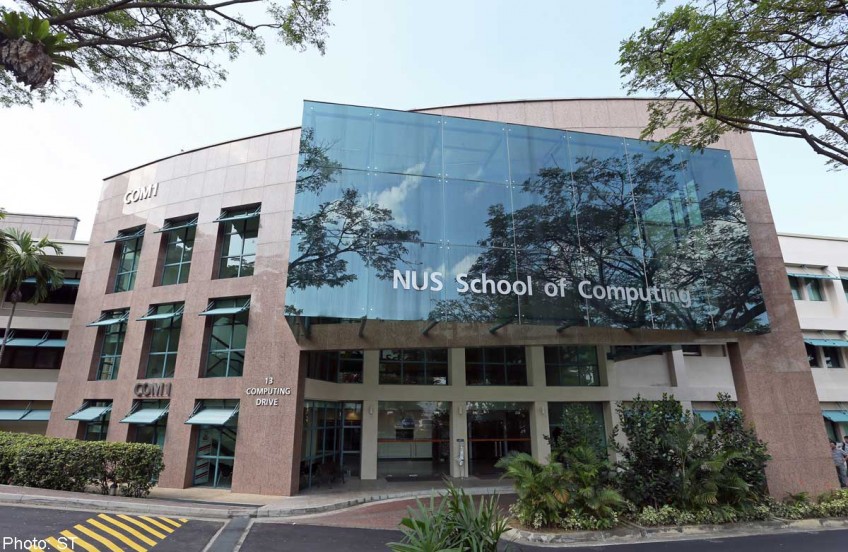 After the dot.com bust of the early 2000s, computer science degrees were shunned by students heading to university.

Now such careers are cool again, with applicants enticed by good salaries and workplaces that blend work with fun.

The National University of Singapore's (NUS) School of Computing - which offers the largest number of degree courses in computer science, information systems and business analytics - has seen a rise in the quantity and quality of applications.

Officials say the number of A-level applicants who listed computing as a first or second choice has increased by about 50 per cent over the last three years.

About 400 places are offered in its undergraduate degree courses each year. Higher demand has pushed up cut-off scores for the course. Previously A-level students could enter it with three Bs. Now they need at least two As.

Professor David Rosenblum, dean of the School of Computing, said the explosion in demand for computer science courses is down to good job prospects for graduates in the field.

Referring to a recent NUS survey which showed computer science graduates earn a mean salary of more than S$3,900, a notch below dentistry graduates, he said: "There are a variety of jobs, and interesting ones at that."

"The dot.com bust, followed by the trend of IT jobs being outsourced by companies then left many feeling that there was not much of a future in IT," he said.

"Big data is now part of every industry - from finance to telcos to health care," he said. "Companies and organisations, including the Government, collect data faster and in greater volumes and use the data to look for patterns in consumer behaviour. As a result, the need for data scientists and analysts has never been higher."

Recruiters say another reason for the growing interest is young people's excitement about social media and mobile technologies.

"There's definitely the coolness factor," said Mr David Leong, who heads PeopleWorldwide Consulting. "Young people are digital natives - familiar and comfortable with technology. They not only want to be consumers of technology, but also producers."

He added: "They want interesting jobs and good salaries, but most of all they want work to be flexible and fun and the technology companies are known for providing all that."

Full-time national serviceman Bryan Low, 19, who hopes to study computer science at NUS next year, was sold on the idea of working for a tech firm after visiting gaming hardware firm Razer's Singapore office.

"The standard work attire is T-shirt, shorts and sneakers... The whole place is like an amusement arcade with Xbox machines, foosball table and pool tables. It's hard work but also a lot of fun, the way work should be."

Big data is now part of every industry - from finance to telcos to health care... As a result, the need for data scientists and analysts has never been higher.

There's definitely the coolness factor. Young people are digital natives - familiar and comfortable with technology. They not only want to be consumers of technology, but also producers.