Cookbooks: A recipe for success in publishing world 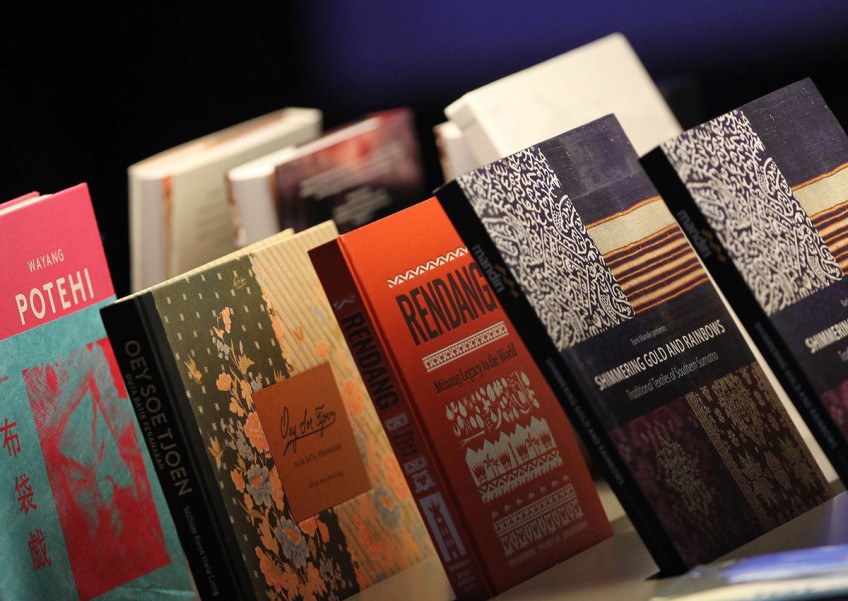 FRANKFURT - Visitors to the Frankfurt Book Fair are greeted by images of aromatic spices, mouth-watering desserts and beaming chefs as cookbooks, once a niche segment, take the publishing world by storm.

"Twenty years ago, cookbooks were hidden, cookbooks were not respected," said Edouard Cointreau, president of the Gourmand World Cookbook Awards. "You had to be specialist and if you were specialised, you never went very far in a big publishing house." But nowadays "people need comfort in a world that has become more and more difficult with crises. And cookbooks are one of the ways to be happy. Cookbooks are to dream, to feel good, to travel," Cointreau said.

In the sprawling exhibition halls hosting the world's biggest book fair until Sunday, the Gourmet Gallery is dedicated exclusively to cooking, with recipe books on display from all over the world.

A stand from Gaza sits alongside one from Israel, there are books ranging from Russian specialities and Indonesian dishes to the secrets of celebrated French cuisine maestro Alain Ducasse.

A trend in Iran

Cookbooks are a runaway success in almost every corner of the world, including Iran.

"Five years ago, our market was not like that, but now, cookbooks are more popular in Iran," said chef Samira Janatdoust, presenting her own books despite Tehran's boycott of the fair sparked by an appearance from British-Indian writer Salman Rushdie, author of "The Satanic Verses".

In such a crowded global market, it is often difficult to stand out.

"There are definitely trends emerging all over the world," said Pixie Shields, international rights director at Marabout (Hachette Livre), one of the big players in the sector.

Particularly en vogue at the moment are books on healthy eating, on vegetarian and vegan cooking and recipes for kale dishes or green smoothies.

People tend to go for brightly presented books, full of photos, which they can show off in their kitchen and leaf through occasionally, said Shields.

For most people, cookbooks are like glossy fashion magazines.

"Statistically, people cook between one and three recipes from a book," she said.

Among the other trends, Cointreau points to manuals on increasingly specific themes, such as cupcakes, reqional cuisine, but also cookbooks for children and self-published books.

Cointreau said the annual market for cookbooks is estimated at around six billion dollars and is growing at between three and five per cent, with television programmes the prime growth driver.

The market is also still very much for printed rather than electronic books, he said.

But growth can vary from country to country. In France, for example, the market appears to be running out of steam, at least for now.

According to the specialist magazine Livres Hebdo, around 1,760 new cookbooks or new editions appeared in 2014, which represented a stagnation compared with previous year, after the segment had notched up consistent growth between 2006 and 2012.

In Germany, books on food and drink make up around 28 per cent of sales of what are generally classified as guide or instruction books. But that proportion has also remained unchanged for the past two years, after growing consistently in the preceding years.