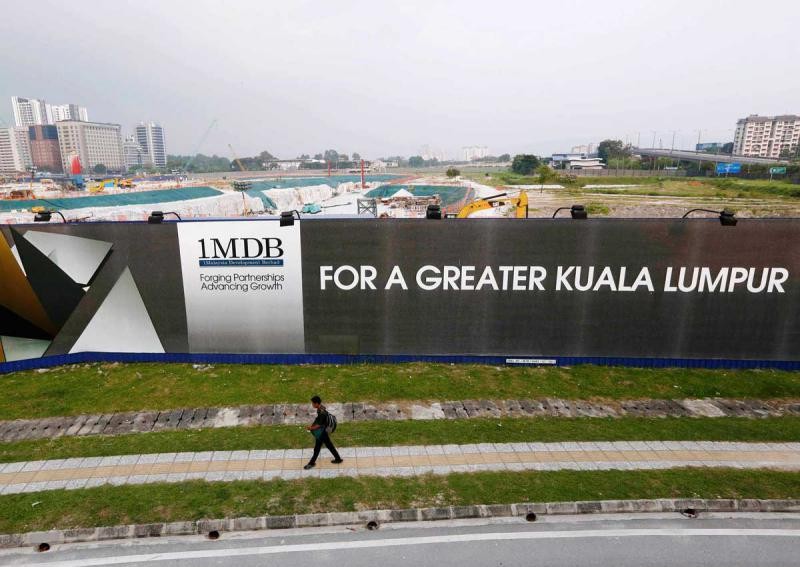 She was delivering prepared remarks to announce a new legal action to seize more than US$1 billion (S$1.3 billion) in assets including luxury real estate and a jet allegedly bought with money pilfered from the 1MDB state investment fund.

In a statement issued early on Thursday (July 21) Singapore time, 1MDB, says it is neither party to the civil litigation nor has it benefited from the transactions mentioned. It also said it has not been contacted by any foreign agency including the US in relation to respective country's investigations.

Lynch said the US would not allow itself to become a platform for money-laundering, while an FBI official in the Malaysia case said the Malaysian people had been defrauded on an enormous scale.

Lynch said she hoped to return forfeited funds to Malaysia and added that officials would continue looking for more assets in the Malaysia case that have gone through US banks.

The US court filings made thinly veiled references to Malaysian premier Najib Razak, as the US alleged that billions of dollars were siphoned off by Najib's stepson, a family friend and other officials.

Pilfered funds were notably been spent on fine art and high-end US real estate, and Najib's stepson also invested more than US$100 million to finance the 2013 Hollywood financial crime caper The Wolf Of Wall Street, according to the Justice Department.

"The Department of Justice will not allow the American financial system to be used as a conduit for corruption," Lynch said.

She said the funds taken from 1MDB, a sovereign wealth fund that was controlled by Najib in his concurrent role as finance minister, had been meant to help develop the Malaysian economy.

"Instead, they were stolen, laundered through American financial institutions and used to enrich a few officials and their associates," she said.

Prosecutors are seeking to seize future film royalties owed to a firm owned by Riza Aziz, Najib's stepson, including those from the hit Martin Scorcese film that starred Leonardo DiCaprio.

Also included were artworks by the painters Monet and Van Gogh as well as a Bombardier Global 5000 business jet.

The complaint said the high-flying Malaysian businessman known as Jho Low, a friend of Najib's family who helped create 1MDB, had allegedly laundered hundreds of millions of illicit funds into the United States, which funded the real estate purchases and a lavish personal lifestyle.

In one eight-month span between 2009 and 2010, Low allegedly transferred US$85 million to casinos in Las Vegas.

The development was likely to prove particularly embarrassing for Najib, who, as finance minister, controlled the company until its dissolution in May.

Najib is not named directly in the Justice Department filings. They refer though to "Malaysian Official 1," described as a "high-ranking official" in the Malaysian government with control over 1MDB.

According to the Justice Department filing, "Malaysian Official 1" was the "ultimate beneficiary" of bank local Malaysia bank account which held tens of millions of allegedly misappropriated funds.

Pressed by reporters on Wednesday, Lynch did not explain why Najib had not been explicitly named, saying only that prosecutors had provided sufficient detail at this stage.

"We essentially allege what we need to allege in order to obtain the legal process that we're trying to obtain," said Lynch. "We don't go beyond that."

The move to seize the funds, which is subject to what could be lengthy legal proceedings, emerges from a 2010 Justice Department anti-kleptocracy initiative intended to confiscate the ill-gotten gains of world leaders which pass through the United States.

The scandal around the embezzlement of billions of dollars from 1MDB, much of them borrowed, has battered Najib's government.

Switzerland and Singapore have frozen millions of dollars worth of assets on suspicion of 1MDB-related embezzlement and money-laundering, but so far no major figures have been brought to justice.

Separately, Swiss prosecutors said they were helping their US counterparts in the 1MDB case.

The Swiss Office of the Attorney-General (OAG) gave the update after the US Department of Justice said it had filed civil lawsuits to seize assets worth more than US$1 billion, allegedly stolen from the fund.

The Swiss OAG said it had taken note of Lynch's announcement about an "international conspiracy to launder funds misappropriated from 1MDB".

The Swiss opened their own criminal proceedings in August 2015 against two formal officials of the fund on a string of corruption charges. Their investigation has since been extended to other officials and the BSI bank.