The creature no one can find 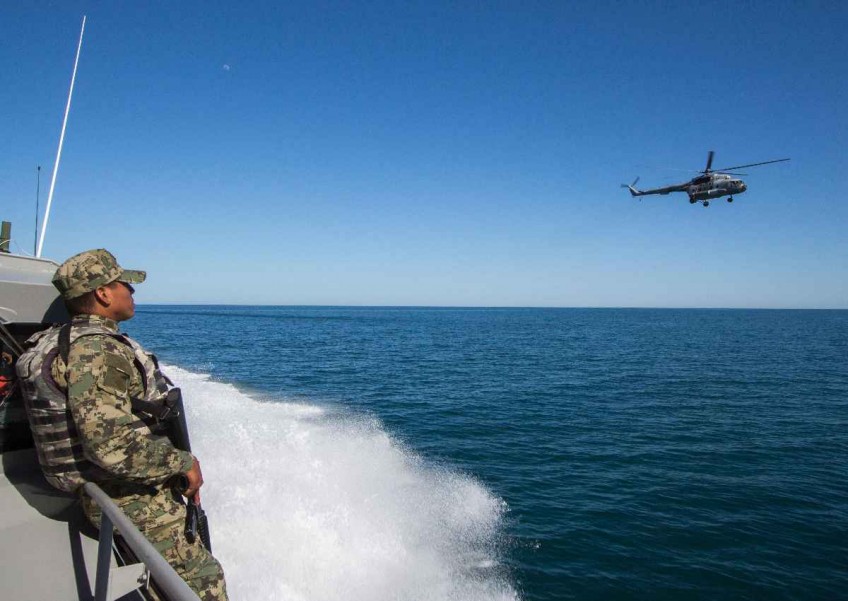 Mexican marines patrol the Cortes Sea in San Felipe, Baja California State, Mexico on March 17, 2016. The Mexican Navy is carrying out an operation to arrest illegal fishermen using nets to catch the Totoaba macdonaldi fish, because the illegal gill-nets frequently trap the rare Phocoena sinus or "vaquita marina” in Spanish - the world's smallest porpoise - which is endemic to the region and in danger of extinction.
AFP

The heart-breaking search for the elusive vaquita

The vaquita porpoise is considered the world's most endangered marine mammal.

A 1997 survey put their numbers above 500. In 2008 their numbers had halved, with estimates suggesting there were about 245 left.

Now there are believed to be just 50 or fewer individuals.

The vaquita is endemic to the Gulf of California off the Mexico's north west coast.

It is the country's largest endemic species, and at the same time the world's smallest living cetacean, the group that includes all whales, dolphins and porpoises.

In an unusual conservation tactic, researchers are eavesdropping on this rare species, which is helping them get a more accurate picture of their decline.

Porpoises are sometimes mistaken for dolphins.

They do look fairly similar - the two are closely related - but porpoises have shorter beaks and flat, rather than conical, teeth.

They also tend to be shorter than their leaner, larger cousins.

The vaquita is the smallest of six known porpoise species.

Unfortunately, their diminutive size is not the only reason they are so hard to see; they have been declining at an alarming rate.

There are several reasons why. Like many other cetaceans, porpoises are at risk of being accidentally caught in fishing nets, so-called bycatch.

The small area the vaquita inhabit is a prime fishing spot, shrimp and fish are abundant.

Fishing is also the main income from many small fishing vessels.

Gillnets used to catch fish and shrimp are particularly damaging as the porpoises can easily become entangled.

This has already contributed to the extinction of the China's Yangtze river dolphin.

The vaquita is now alarmingly close to following a similar fate.

Illegal trade for the swim bladders of the endangered totoaba fish has also been rising in the last three years. They sell on the black market in China for up to $5,000.