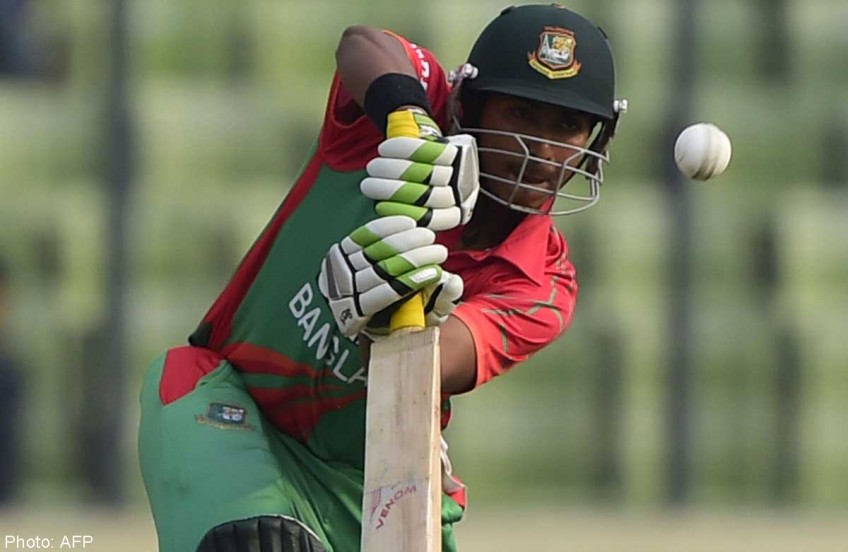 DHAKA - All-rounder Soumya Sarkar, who made his debut against Zimbabwe last month, has been rewarded for his strong domestic performance with a spot in Bangladesh's 15-man World Cup squad.

The 21-year-old Sarkar played his only one-day international in the final match of the five-ODI series against Zimbabwe in Dhaka, which the hosts won 5-0.

Besides Sarkar, who has scored heavily in the ongoing Dhaka Premier Division competition, left-arm spinner Taijul Islam and attacking batsman Sabbir Rahman also made their debuts against Zimbabwe and were named in the World Cup party.

"So, we have enrolled a few all-rounders into the squad." Bangladesh will be led by fast bowler Mashrafe Mortaza while all-rounder Shakib Al Hasan has been named vice-captain.

The Cricket World Cup will be staged in Australia and New Zealand from Feb. 14 to March 29.