Cricket: New Zealand bowled out for 221 in second test 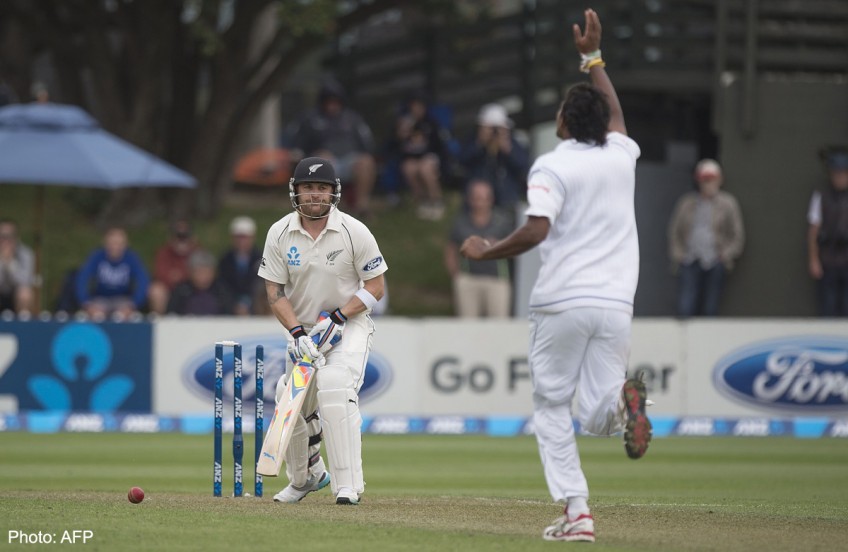 WELLINGTON - New Zealand were dismissed for 221 shortly after tea on the first day of the second test against Sri Lanka on Saturday on a green Basin Reserve pitch that was providing plenty of bounce but little sideways movement.

Brendon McCullum's side had been well set midway through the afternoon session at 141 for two before Nuwan Pradeep sparked a collapse as New Zealand lost five wickets for 41 runs before tea as the visitors took advantage of poor shot selection from the hosts.

Sri Lanka then wrapped up the final three wickets shortly after play resumed to seize the advantage in the game they must win to tie the two-match series after losing the first in Christchurch by eight wickets.

Kane Williamson top scored for New Zealand with 69, his 15th test half century, while Pradeep finished with career-best figures of 4-63.