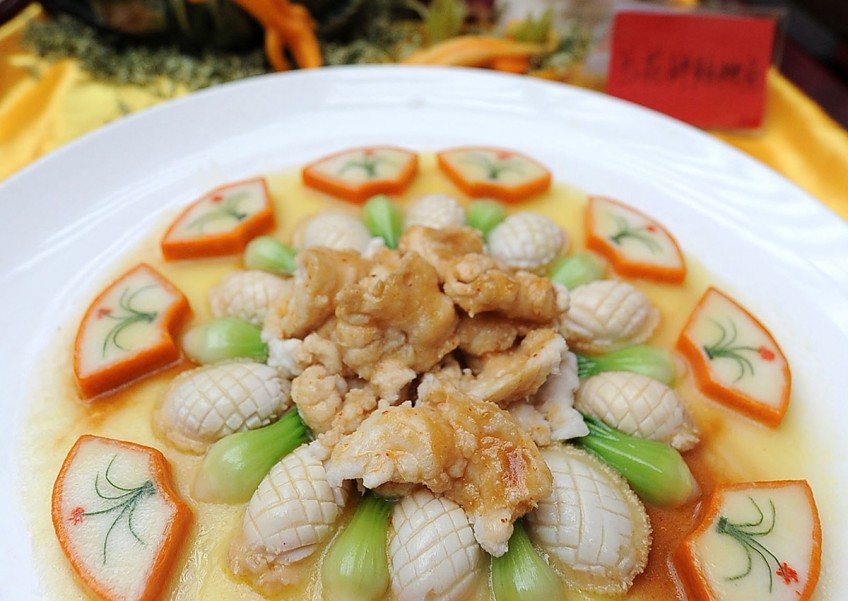 BEIJING - A critically endangered amphibian found itself at the centre of a new Chinese festival last Thursday, officials said - promoted as a "350 million year old" health treatment and served up on plates.

The Chinese giant salamander numbers are estimated to have declined by 80 per cent in the wild in recent decades by the International Union for the Conservation of Nature (IUCN).

Wildlife campaigners condemned the celebration in the city of Zhangjiajie as potentially having "catastrophic consequences".

The three-day festival was set up to promote giant salamander cuisine and products, the Hunan provincial tourism bureau said on its website.

Such expensive luxuries are supposed to benefit skin and heart conditions in traditional Chinese medicine, but there is no orthodox scientific evidence for the beliefs.

The Chinese giant salamander is the world's largest amphibians, capable of growing to 1.8 metres long.

Its ancestors can be traced back nearly unchanged to the Jurassic period and the event feted it as "a 350 Million-Year-Old Treasure for Health Preservation".

Chefs vied in a culinary competition to deliver the most delectable versions of the animal.

Zhangjiajie is home to a giant salamander nature reserve and museum and will hold the festival on an annual basis to promote salamander-product-based tourism, according to city officials.

"Giant salamander farming, which requires clean water, actually drives locals to protect the environment," the official Xinhua news agency cited an official as saying. "The industry also helps lift locals out of poverty." Officials said that all salamander meat at the festival was legally obtained.

Chinese giant salamanders are protected under Chinese law, but the consumption of those bred in captivity is permitted, and their meat can cost as much as $300 per kilo.

But Richard Thomas, of wildlife trade monitoring group Traffic, told AFP: "There is a very real risk that promoting increased consumption of giant salamanders will lead to increase demand that cannot be met from farmed sources - with catastrophic consequences for the last surviving wild populations."

There is a thriving black market trade in parts of many animal species in China.

The consumption of giant salamander caused a scandal in January when government officials in Shenzhen were caught using nearly $850 of public funds to dine on the rare beast at a banquet.