A crocodile feast in Malaysia 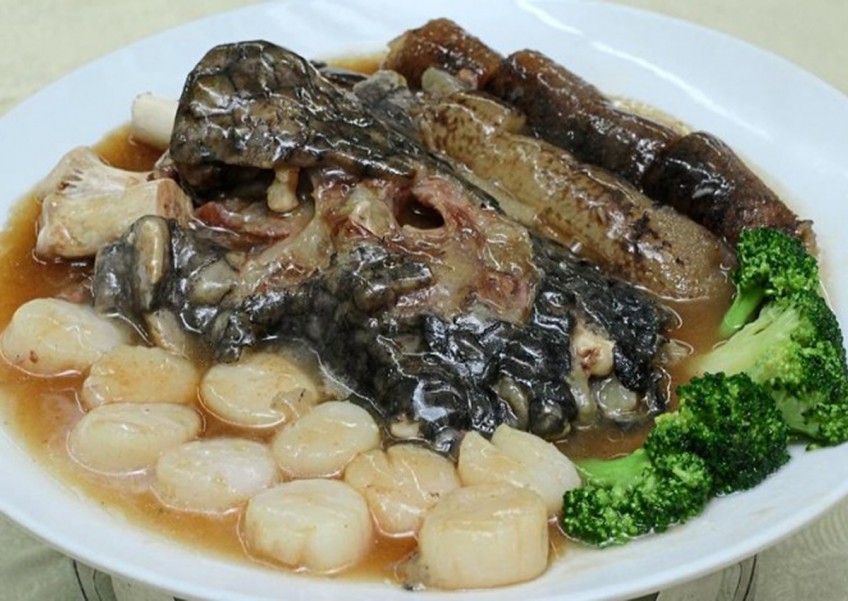 Chef Lee Kok Wah doesn't speak much English and I don't speak a word of Cantonese, but we seem to understand each other perfectly. His passion for food is contagious and transcends silly little hurdles like the language barrier between us.

His eyes sparkle and his hands wave wildly as he shows me how a crocodile moves in its swampy homeland. Lee's mimicry is spot-on, capturing the wide-legged waddle of this cold-blooded reptile with near technicolour accuracy.

It is obvious that he knows the animal intimately. And with good reason. His 10-year-old restaurant, Restoran Wah Tian, is one of the few restaurants in the Klang Valley with a licence to sell farmed crocodile meat.

Having this licence is important, because it expands Lee's cooking repertoire beyond the usual carnivorous fare of chicken, lamb, beef … blah blah blah that is typically on the menus of Chinese restaurants. And customers who throng Wah Tian get to try something slightly different, with the added bonus of a clear conscience.

It's a win-win for everyone and has inadvertently put Lee on a different gourmet plane from his contemporaries. This is a man, who like Crocodile Dundee before him, goes head-to-head with crocodiles for a living - albeit in a slightly different context.

And the menu tells his story just as much as he could (although he's far more entertaining). An entire page is devoted to crocodile meat, from the paws to the ribs to all the meat in between.

Now, if you're wondering why anyone would want to go near a crocodile, much less eat it, there are some interesting facts at play here. Crocodile meat is actually very high in protein, has a low cholesterol count and is rich in collagen. So if you can get past the mental imagery of eating a predator, give it a shot (the caveat being you must check that it is farmed crocodile meat first).

If you're anxious about your first date with a crocodile, take things slow and get acquainted with the friendliest option on the menu, the Sweet and Sour Crocodile Fillet (RM20 or S$6.60). The dish looks very much like sweet and sour chicken and tastes about the same too, heavily battered and fried with an even coating of thick sweet-sour sauce. In fact, if no one bothered to tell you what you were eating, you would probably think you were digging into a plateful of chicken!

Once you've breached virgin territory and found you can take the heat, turn up the dial with the Claypot Crocodile Ribs (RM38). The meat is stewed for two hours with a concoction that includes dried mushrooms, snap peas, dried chillies and spring onions.

After the hours spent on the stove, the ribs emerge from its fiery cocoon, well rested, tender and bursting with flavour. This time, the taste and texture of the meat is surprisingly similar to its porcine brethren, the humble pig.

If you're up for a slightly more daunting part of the crocodile, give the Braised Paw (RM200 for a mid-size paw) a whirl. Prized for the collagen that layers the skin on the paws, in this instance, I'll admit it's hard to detach the imagery in your head from what's in front of you.

The paw looks exactly like, a, err, crocodile paw. It's fairly large and has the scaly skin you would expect from a crocodile. But boy oh boy, is this delicious! The paw is braised for four hours, and is so tender, it literally falls off the joints. The skin is fluffy and gelatinous, like jelly.

Another surprising thing is that it's got quite a lot of meat on it, and that meat is delicious - succulent and oozing with flavour! Cooked with scallops, sea cucumbers and broccoli, these sideliners add depth and context to the meat, accentuating and enhancing without ever stealing the paw's thunder.

Lest you think the restaurant a one-trick pony with only crocodile meat to boost its name, try the Smoked Chicken (RM38) and I guarantee any doubts will flee as quickly as they arrived. According to Lee, Wah Tian's smoked chicken is unlike any other. And he might be on the money. Marinated in salt and wine for a few days, before being smoked with oil in a covered wok for about 45 minutes, the poultry emerges redolent of smoke, an olfactory victory that lingers on the palate just as triumphantly. The highlight here is the chicken, which is smokin' hot, juicy and tender.

Wah Tian is currently celebrating its 10th anniversary, which has heralded the arrival of the aptly named Baby Crabs (RM38 for two pieces) a sly allusion to the fact that the crabs are sprinkled with milk powder, a baby's food. Cooked with curry leaves, evaporated milk and milk powder, the dish tastes a bit like butter crabs, except that it's slightly sweeter from the milk powder. The crab meat is fluffy and plentiful, with a shell that can be easily pried open without becoming a tedious excavation.

At the end of the meal, Lee turns to me. He's been watching me all night, studying my facial expressions and the way my mouth has reacted to the meal he has spent all day slaving over.

I smack my lips. He smiles. I was right - we do understand each other perfectly.