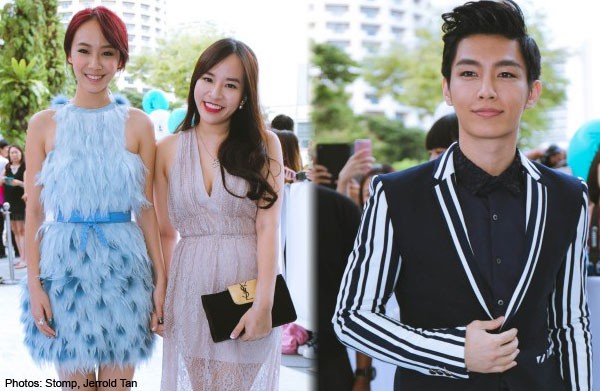 Renowned for its famed honey toast and well-heeled crowd, the ultra-hip Dazzling Café, from Taiwan, officially opened its doors in Singapore with a grand opening at its Capitol Piazza outlet on Saturday (June 6).

It was a star-studded affair. On top of celebrities like Taiwanese singer and actor, Aaron Yan, and Singapore local actress and model, Julie Tan, Taiwanese actors Allen Chen and Chris Lee also made an appearance.

Dazzling Café was first launched in 2010 in Taiwan. It was then called Dazzling Café Pink and was conceptualised as a cosy and intimate place to meet up with friends for tea or coffee breaks.

Since then, Dazzling Café has been aggressively expanding, with nine outlets all over Taiwan.

The chain also expanded overseas, with four outlets in Taiwan and one in Hong Kong.

Popular items on their menu include their honey toast and mentaiko pasta.

"I haven't tried it yet, but I'll definitely go try it out."