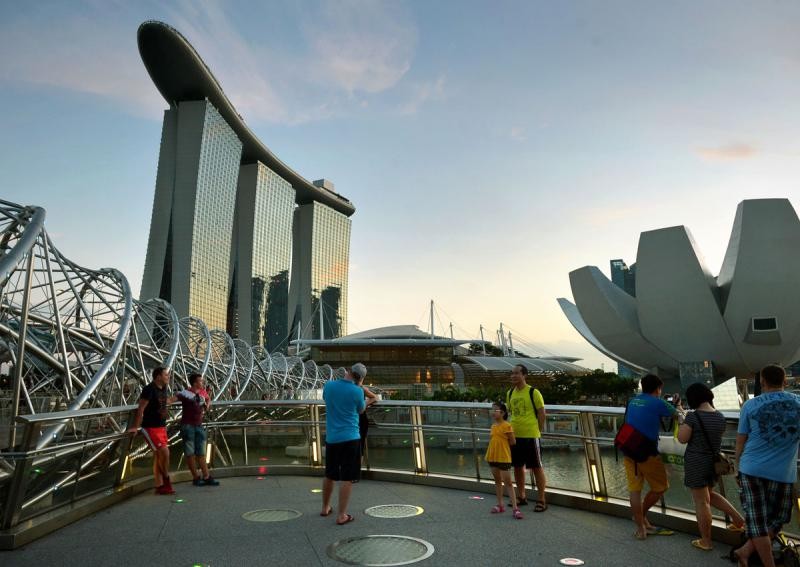 "If productivity/GDP growth cannot be lifted above other advanced countries' due to an ageing population and a shrinking labour force, then investing overseas may help overcome the growth limitations," said the DBS Group Research team.

Rather than being constrained by domestic gross domestic product (GDP) growth of 1-3 per cent, Singapore can invest in higher-growth neighbouring countries that offer 5-6 per cent growth or returns.

In this way, Singapore will be able to offset its low productivity gains - a phenomenon synonymous with many advanced economies facing structural constraints and demographic shifts.

Even as they applauded Budget 2016's intensified support for firms looking to internationalise, the economists stressed that such efforts, if successful, will mean a marked shift in Singapore's economic structure in the longer term.

"The value creation and income generated by Singaporeans and Singapore companies based overseas may rise substantially. In contrast, domestic contributions from international MNCs (multinational corporations) may fall over time," they said.

If so, a re-examination of how economic growth is measured in Singapore could be necessary - with the focus gradually shifting towards gross national income (GNI) from gross domestic product (GDP).

They noted that this outward investment strategy should yield positive returns in the longer term, judging from the experiences of Japan and Taiwan.

"From a policy perspective, while FDI and the presence of MNCs will remain a key feature of Singapore's economic landscape, having a pool of globally successful local companies could help sustain national incomes in the face of rising domestic cost pressures and the challenges of an ageing population," said Mr Seah and Ms Ma.