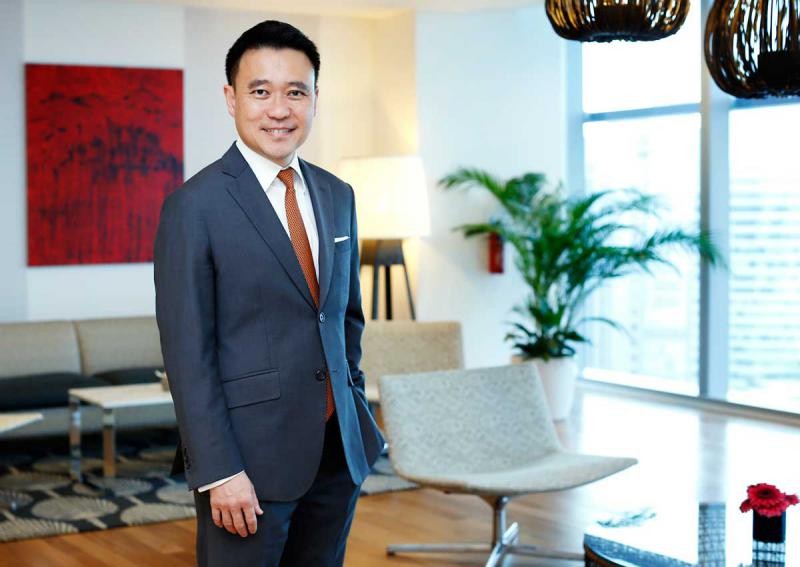 DBS Group held its position as the top Singapore dollar-bond arranger with a total of 42 issues so far this year, pushing its market share up to 47 per cent from 39 per cent a year ago, according to Bloomberg data.

DBS' head of fixed income, Mr Clifford Lee, said last Friday: "We now have close to 50 per cent of the market share, and we didn't get there by doing the same things. We've worked to deepen the market by bringing more foreign issuers here."

In May, DBS worked with Standard Chartered Bank to help Canadian life insurer Manulife tap the Singdollar bond market for the first time, selling $500 million worth of 10-year bonds at 3.85 per cent.

"I expect to see more issues come up," said Mr Lee. "With Brexit coming into play and Singdollar bond markets still quite unaffected by the situation, the stability here and choppiness outside should keep the local currency bond market resilient."

Mr Lee said issuances have been "playing a game of catch-up" in recent months after holding off in the first quarter, when markets were more uncertain.

Managers here worked on a total of 41 issues worth a sum of $8.2 billion in the three months to June 30, up 24 per cent from the same period a year ago, Bloomberg data shows.

DBS led the pack with 21 bond issues, followed by OCBC Bank with a deal count of 15.

Global growth is still looking weak and rate hikes in the US are appearing more unlikely.

"In particular, volatile market conditions have led to a flight to quality assets, which explains why Singapore dollar-bond market liquidity has not been adversely affected by Brexit," said Mr Tan.

He noted the stellar demand for the six-year, $75 million CapitaLand Commercial Trust (CCT) issue that was priced the day before the Brexit vote, and for the 15-year, $700 million Housing Board (HDB) issue on the day of the referendum.

"The CCT issue was more than two times oversubscribed within 15 minutes of the launch of the transaction, while the HDB issue was upsized from $500 million to $700 million in a 1½-hour window," said Mr Tan.

So far, 79 Singdollar bond issues have raised $13.8 billion this year, and Mr Lee reckons that more activity over the next six months will bring full-year issuance volume to match or even exceed last year's $22.9 billion.