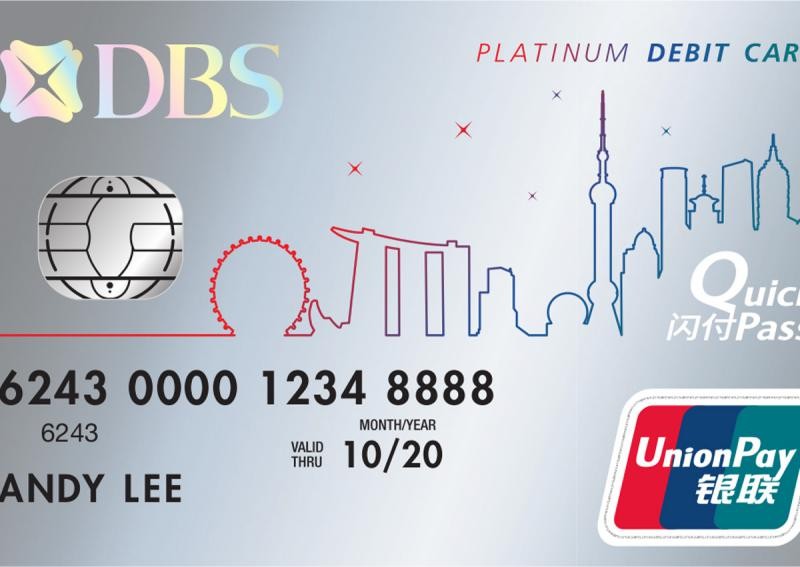 Frequent travellers to China can now access their funds in Singapore under a new service from Chinese electronic payments giant UnionPay and DBS bank.

The two firms have launched a debit card that should help visitors to China, where many merchants still do not accept Visa and Mastercard, said Mr Anthony Seow, head of cards and unsecured loans, consumer banking at DBS.

He added that the card - called the DBS UnionPay Platinum debit card - will allow cardholders to withdraw money directly from their DBS accounts in Singapore at (ATMs) in China without incurring charges from DBS.

The card could also benefit frequent travellers as cardholders can withdraw money directly from their accounts globally without incurring the usual $5 charge, which DBS imposes on overseas withdrawals.

Said Mr Seow: "First, a majority of bankcards issued in China are debit cards and we believe that many Chinese residents in Singapore will be more familiar with them. Second, there is no income requirement for debit cards, so more people can apply for this card."

The card is not just for travellers to China and Chinese residents working here. UnionPay is also targeting Singaporean consumers.

For instance, the card will reward Singaporeans with a 1 per cent cashback for foreign-denominated spending.

"We are issuing products not as a single corridor, such as Singapore to China. Rather, we hope the product will go for a more localised approach. We are bringing offers which are more relevant to local users. We are also rolling out offers for daily use, such as going to the cinema."

Almost all ATMs and taxis here and over 80 per cent of merchants already accept UnionPay cards.

UnionPay, the world's largest card issuer, said it had issued close to nine million cards for South-east Asia as at March 31.

A spokesman added that UnionPay will unveil more offers for cardholders early next month.

This article was first published on May 17, 2016.
Get a copy of The Straits Times or go to straitstimes.com for more stories.