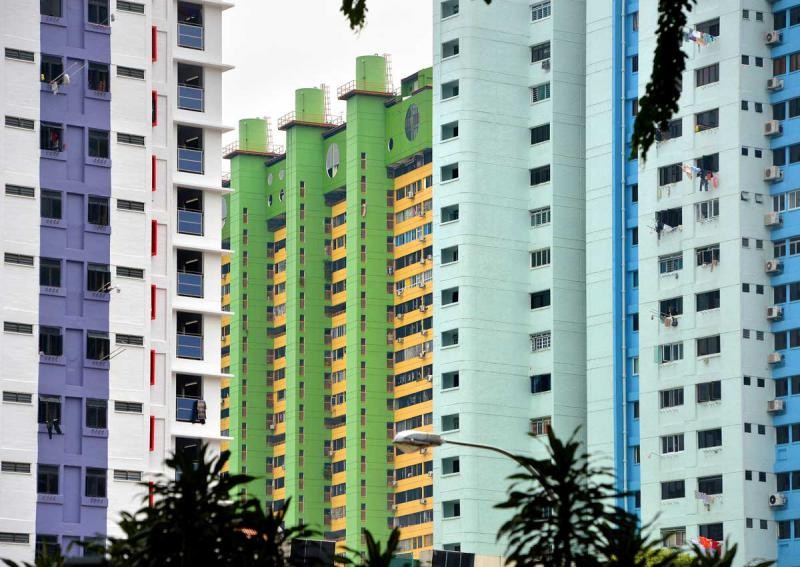 SRX Property's resale price sub-index for non-landed private homes in Core Central Region (CCR) in May 2016 was up 4.7 per cent from a year ago.

The volume of monthly resale deals in CCR has also been rising steadily from 84 units in December 2015 to 88 units in January, 93 units in February, 133 units in March, 163 units in April and 232 units last month.

OrangeTee's senior manager for research and consultancy, Wong Xian Yang, said CCR resale volumes were uplifted in May partly due to developer sales at OUE Twin Peaks in the Grange Road/Leonie Hill Road area on the back of the introduction of two new payment schemes.

"Another project which may have contributed to resale volumes last month could have been Ardmore Three, which is offering 15 per cent discount and 15 per cent additional buyer's stamp duty rebate based on media reports," he added.

A housing project may be declicensed if it has received Certificate of Statutory Completion, and where the individual strata titles have been issued to buyers.

With the phenomenon of developers of these recently completed projects launching fresh marketing campaigns and successfully moving units, the overall CCR resale volume has received a boost, noted Mr Wong.

He predicts the figure for the whole of this year to surpass that for last year.

Morever, an increase in such developer sales could also have an impact on price indices.

"These projects are relatively newer compared to the usual mix of resale transactions and could slightly uplift prices," Mr Wong argued.

Developers of delicensed projects are no longer regulated by the Housing Developers (Control and Licensing) Act and its rules.

They are not required, for instance, to use the standard sale and purchase agreement stipulated by the Controller of Housing and may roll out novel schemes to market their projects.

Also, once a project is delicensed, its developer is no longer required to submit weekly sales data to URA (showing discounts and other incentives to reflect the net price).

Thereafter, information on the sales of such units is captured through caveats, where there is no requirement to list discounts/incentives and net price.

"In short, resale caveats from such developer sales may not fully reflect the discounts given; deferred payment and other schemes may also help support prices." This could be buoying the CCR price sub-index, he suggested.

Highlighting the bifurcation of the CCR market, Savills Singapore research head Alan Cheong said: "On the one hand, we have developers devoted to clearing the inventory from their recently completed projects and vested with big marketing budgets, these are expected to command premium prices and could see a price gain of at least 5 per cent for the whole of 2016.

"On the other hand, we have individuals selling their units as a pure secondary offering which, taking into account factors such as building obsolescence and a lack of bargaining power, may see prices either flat or exhibiting a slight downside of 3 per cent. Taken as a whole, resale prices in the CCR could be up around 3 per cent for full-year 2016."

Mr Cheong predicts that resale prices in RCR and OCR will generally be flat or ease by up to 3 per cent in 2016 as sellers will be dominated by individuals.

"Volume-wise, we expect the islandwide resale volume for non-landed private homes in 2016 to climb 20 per cent from last year, as value is emerging in this segment... buyers are returning cautiously rather than aggressively as the current spate of company restructurings is reigning in any outsized ambitions to take on too much debt."

SRX Property's overall resale price index for private apartments and condo units in Singapore rose 0.4 per cent in May 2016 over the previous month, based on its flash estimates for last month released on Tuesday.

This follows a revised 0.6 per cent month-on-month gain for April 2016 - which was slightly higher than the 0.5 per cent rise that SRX Property had indicated earlier based on its flash estimates for April.

The sub-index for CCR improved by 0.4 per cent month-on-month; over the same period, prices rose 0.3 per cent in RCR and 0.5 per cent in OCR.

Year on year, the May 2016 overall resale price index for non-landed private homes has inched up 0.2 per cent from May 2015.

This article was first published on June 15, 2016.
Get The Business Times for more stories.