The devil and the diplomat of reds 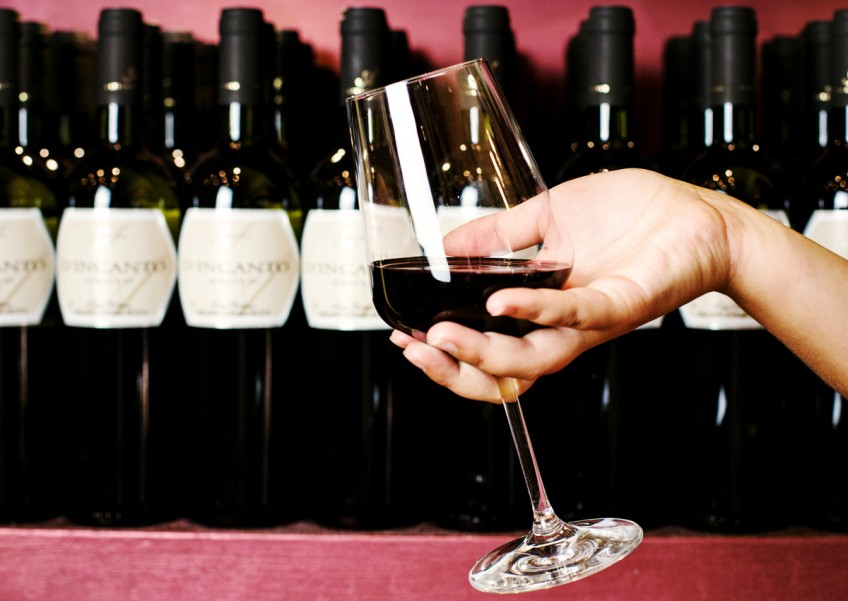 Influential winemaker Andre Tchelistcheff once said: "God made Cabernet Sauvignon whereas the devil made Pinot Noir."

That's because Pinot Noir is one of the most difficult grape varieties to cultivate. The grape's thin skin ripens early and is highly susceptible to disease. It also comes in more than a thousand variations, with subtle differences that determine suitability in a particular soil or temperature zone, which makes selecting the right variant for planting an arduous task.

Fortunately, modern science helps viticulturists make informed planting decisions based on research and technology. The combination of the right variant in the right terroir, and in the right hands, is a recipe for sublime Pinot Noir.

But if Pinot Noir is the difficult devil, Merlot is the diplomat everyone loves. Its soft tannins and fruity flavours mean that most winemakers can make something pleasing from it, but it also rewards skill and produces some of the world's most famous wines.

The spiritual home of Merlot is the Right Bank of France's Bordeaux region, where the soil can vary between gravel, sand and limestone. Regardless of what is available on the surface in the Right Bank, there is always clay in the deeper layers. Clay acts as a moisture reservoir for the vines growing above. As vines age, their roots will extend deep beneath to draw water, and Merlot prefers moist clay to well-drained gravel.

Top soil, however, directly influences the style of a wine. In zones where gravel and sand are common, Merlot is more likely to give richness and prune flavours. Where clay and limestone are in abundance, however, Merlot results in denser wines with polished tannins that give a silky lushness.

Before the last decade, Remoissenet Pere & Fils was not a name associated with quality red wines. But this changed after Roland Remoissenet sold the French winery to a consortium for 10 million euros. After the transaction in 2005, the former president of Louis Jadot, Bernard Repolt, took the reins. He grew the holdings from two hectares to about 18 hectares. The business also transformed from buying wines to buying grapes, giving greater control over the quality of finished wines. The Nuits St Georges 2010 is one of these wines grown and bottled in the estate.

Byron Winery was founded in the 1980s by Byron Kent Brown, who built his winery on the first commercial vineyard of Santa Barbara planted by Uriel Nielson in 1964. The business changed hands several times and was once in the portfolio of major companies, including Robert Mondavi Winery and Constellation Brands, before it came under Jackson Family Wines. Going forward, Byron wines will be renamed Nielson and bottled with the name of its local wine pioneer. Byron Santa Barbara Pinot Noir is known as being rich and exotic - a characteristic that can only be achieved with a long growing season.

Drive northwest from Los Angeles and the first wine region you will end up in will be Santa Barbara county. Santa Barbara is unique for its coast and rolling hills that run from east to west, funnelling the cool Pacific Ocean breeze inland to moderate the warm summer Mediterranean climate. Santa Barbara's rise to fame is closely related to the 2004 movie Sideways, which established Californian Pinot Noir in pop culture. SeaGlass focuses on minimal intervention, retaining fresh, bright fruit flavours and giving lightness on the palate.

Records indicate that Chateau Rouget once belonged to the Mayor of Pomerol, and its history traces back to the 18th century. While there isn't an official classification system for Pomerol in Right Bank Bordeaux, Chateau Rouget had long been considered one of the top producers in the area. Today, the estate is managed by the Labruyere family from Beaujolais, who also own Domaine Jacques Prieur in Meursault. Like most wines from the Right Bank, Chateau Rouget is a blend of Merlot and Cabernet Franc. But it is made under the watchful eye of Edouard Labruyere with consultation from oenologist Michel Rolland.

While Chateau Certan de May may not be as famous as Right Bank Bordeaux stars such as Petrus, Vieux Chateaux Certan or Le Pin, its geographical similarities and proximity have allowed some prestige to rub off on it. With the help of oenologist Michel Rolland, Chateau Certan de May is typically made as a blend of Merlot, Cabernet Franc and Cabernet Sauvignon from vines that have an average age of 45 years. The sandy-gravel top soil that resembles the Bordeaux Left Bank gives the wine its plush texture and dark fruit juiciness.

AXA Millesimes, the wine business subsidiary of French insurer AXA, owns several wineries in France, Portugal and Hungary. In Bordeaux alone, it manages Chateau Pichon-Longueville, Chateau Pibran, Chateau Suduiraut and Chateau Petit Village. Chateau Petit Village is located on the plateau of Pomerol, and takes advantage of its sun exposure and gravel top-soil to achieve even ripeness. Since the acquisition of Chateau Petit Village in 1989, replanting had taken place and focus had shifted to reduce the quantity of grapes harvested. Since 2006, oenologist Stephane Derenoncourt has been involved in the wine making.

In Right Bank Bordeaux, the only winery classification system that exists is in the region of Saint Emilion Grand Cru. The clay limestone here retains moisture, which benefits Merlot the most. In 2011, 400-year-old Chateau Monlot got a shot in the arm - and a big dose of publicity - when it was bought by Chinese actress Zhao Wei. Out of the limelight, however, Chateau Monlot is guided by Merlot expert and former winemaker of Chateau Petrus, Jean-Claude Berrouet.

Pinot Noir from France's Burgundy tends to be dominated by Grand Cru brands. Fixin is one of those small villages that get overlooked in that fixation. Domaine Joliet is now run by the sixth generation of the Joliet family, with Benigne Joliet tending both the vines and the wines. The Clos de la Perriere vineyard has been regarded as an exceptional plot since the 12th century, and its Premier Cru title doesn't do it justice. Joliet has been working on elevating it to Grand Cru but before that happens, this remains an excellent Premier Cru with juiciness backed by fine tannins.

Duckhorn Decoy Sonoma County Pinot Noir 2012 (Excaliber Fine Wines) Price: S$65 Although many associate Californian wine with Napa Valley, relatively very few people are familiar with Sonoma County. It is divided from Napa Valley by the Mayacamas Mountain ranges, and climatic conditions in Sonoma County are dependent on the coastal hills and Pacific Ocean fog. Duckhorn company was founded by Dan and Margaret Duckhorn in 1976, but the company has since grown into the Mendocino area and Washington state. The Pinot Noir is aged for seven months in French oak barrels so as to underline the fresh aroma with French oak subtlety.

The name Garagiste comes from the French term for backyard winemakers who make wines that deviate from traditional standards. In the hands of Australian Barnaby Flanders, however, Garagiste is about making small quantity wines that best exhibit the subtlety of Australia's Mornington Peninsula. Merricks is a town in Mornington Peninsula where Flanders grows some of his grapes. He aims to preserve all the characteristics of Merricks' brown loam and volcanic soil through wild yeast fermentation, minimal handling and bottling without filtration.

This is the last in a series of five stories featuring the Top 50 wines of The Business Times Wine Challenge 2015 - CEOs' Choice, in partnership with UBS. The wine awards are in their third year, and are the only ones that reflect the palate of Singapore's business elite. Wines submitted by merchants were shortlisted by a panel of wine professionals, and were then narrowed down by CEO judges to 10 CEOs' Choice winners, which will be unveiled at an awards ceremony on Oct 9.

NOW, wine lovers like you will get a chance to savour some of these award-winning labels, along with a gourmet buffet spread, at our exclusive awards ceremony on Oct 9.

Simply tell us, in less than 50 words, which of the featured wines here is your favourite and why, and you could receive a pair of coveted invitations to the event! E-mail your entry to mkgbtpromo@sph.com.sg before midnight on Oct 5, with your name, occupation, organisation and contact number. Three readers will be picked every week to receive an exclusive invitation for two. There are a total of 15 readers who will stand a chance to win in this contest!

Terms and conditions
Winners will be contacted by Oct 6, 2015 via e-mail. No person can win more than once. All attendees must be at least 21 years old. Other T&Cs apply and can be found at pbp.sph.com.sg/contest-terms&conditions.

This article was first published on October 3, 2015.
Get The Business Times for more stories.