100 Beyonces in your living room? The Future of Television conference redefines viewing

According to the Future of Television conference, which took place in New York last month, you're likely to be watching a lot more shows via your phone, and a lot more in augmented reality (AR) - which means that the action takes place in your personal viewing space, like your own living room, rather than in the imaginary space created by virtual reality (VR).

What's more, you may be able to walk around these virtual 3D objects and people, and even experience the sensation of touching them.

You won't need to travel, as you'll be able explore foreign lands in detail as if you were there, due to a combination of volumetric video and photogrammetry - so you'll be helping to save the planet by not flying, too. 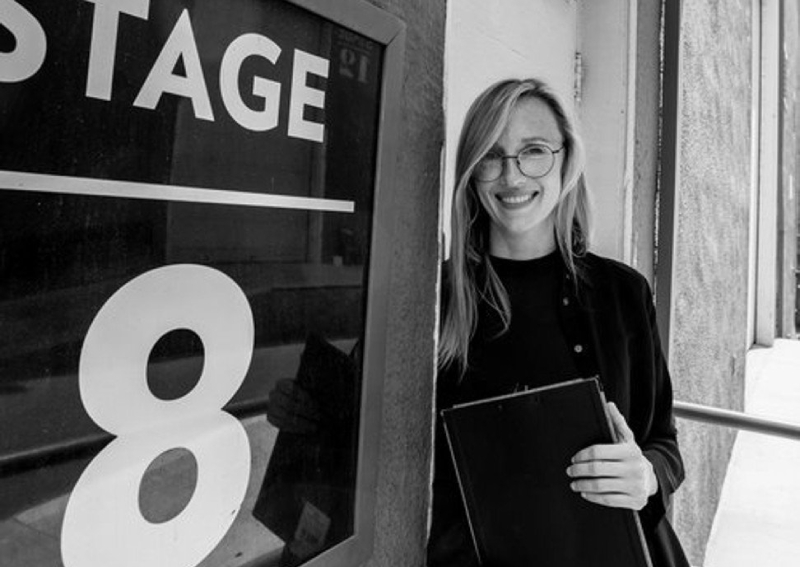 You won't ever need to go to a sports or music show, as you'll be able to experience the event live in 3D from any angle you want at home, courtesy of a couple of hundred cameras shooting the show simultaneously.

You may even be able to click a link on your phone and have a virtual Beyonce dancing in your living room - or even 100 virtual Beyonces, if that's your thing

Participants in the conference's "immersive experiences" panel say some of these experiences can be achieved already, while others are within reach.

Christina Heller, CEO of Los Angeles-based Metastage, a company which specialises in volumetric video, says that the technology makes watching events at home as good as being there. Volumetric video uses an array of around 100 cameras to video-capture performances or sports games from many different angles.

"I can capture a performance from every angle. The result can be viewed in 3D, and it is also authentic to what transpired live," she says.

What's more, performers don't need to put on special suits to interface with the cameras any more, meaning the set-up can be used to shoot anywhere that the camera array can be assembled. "You just do your performance, while the software does everything else," she says. 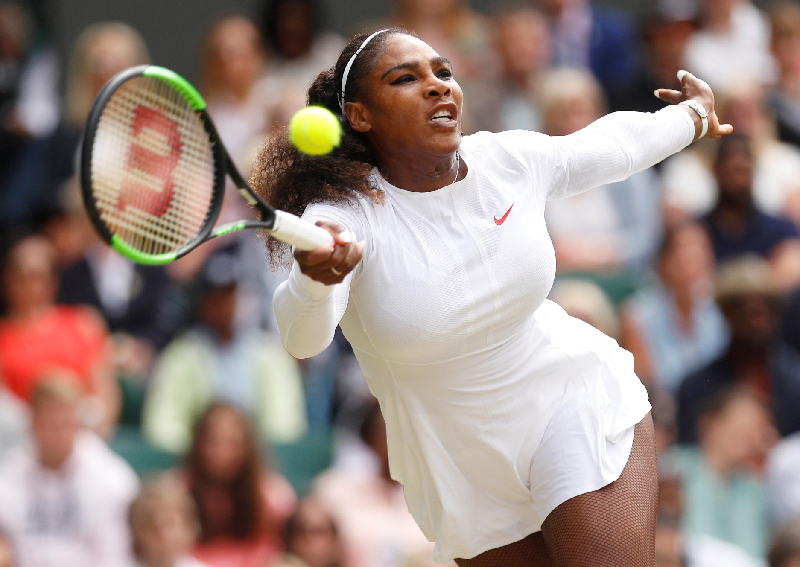 Volumetric video could improve the coverage of sports events, for example, showing Serena Williams in super slow motion from any angle. PHOTO: Reuters

Volumetric video could be used to live stream events. "I can show you an athlete doing her signature moves, I can then pan around her a full 360 degrees, or zoom in on her. For instance, I could zoom in on Serena Williams doing a serve, and even slow that serve down," Heller says.

The tech can do more than film live events. Real people filmed in the Metastage studio in Culver City can be placed inside 3D landscapes constructed by using photogrammetry techniques that digitally stitch photographs of a real location together to construct a detailed 3D rendering of the place.

"Volumetric video is a nice way to capture people, and you can place the captures into a photo-scanned environment if you want. What's cool is that you can take those assets and put them into an augmented reality sphere, or a VR sphere," Heller says.

Web AR is the next big thing. The idea is that Beyonce can tweet a link, and people can click it, and then she's dancing in your room

The panel agrees that AR is currently perceived to be the tech that is most likely to take off, while VR - which has not been adopted by enough consumers to make it a platform for mass entertainment - is practically dead in the television and content world.

Web AR is causing excitement - Google have developed an API for their Chrome browser that allows users to render virtual objects in the real world.

"Web AR is the next big thing," says Amber Allen, chief executive of Double A Labs, an experiential marketing company. "The idea is that Beyonce can tweet a link, and people can click it, and then she's dancing in your room. I think we are almost there, fingers crossed." 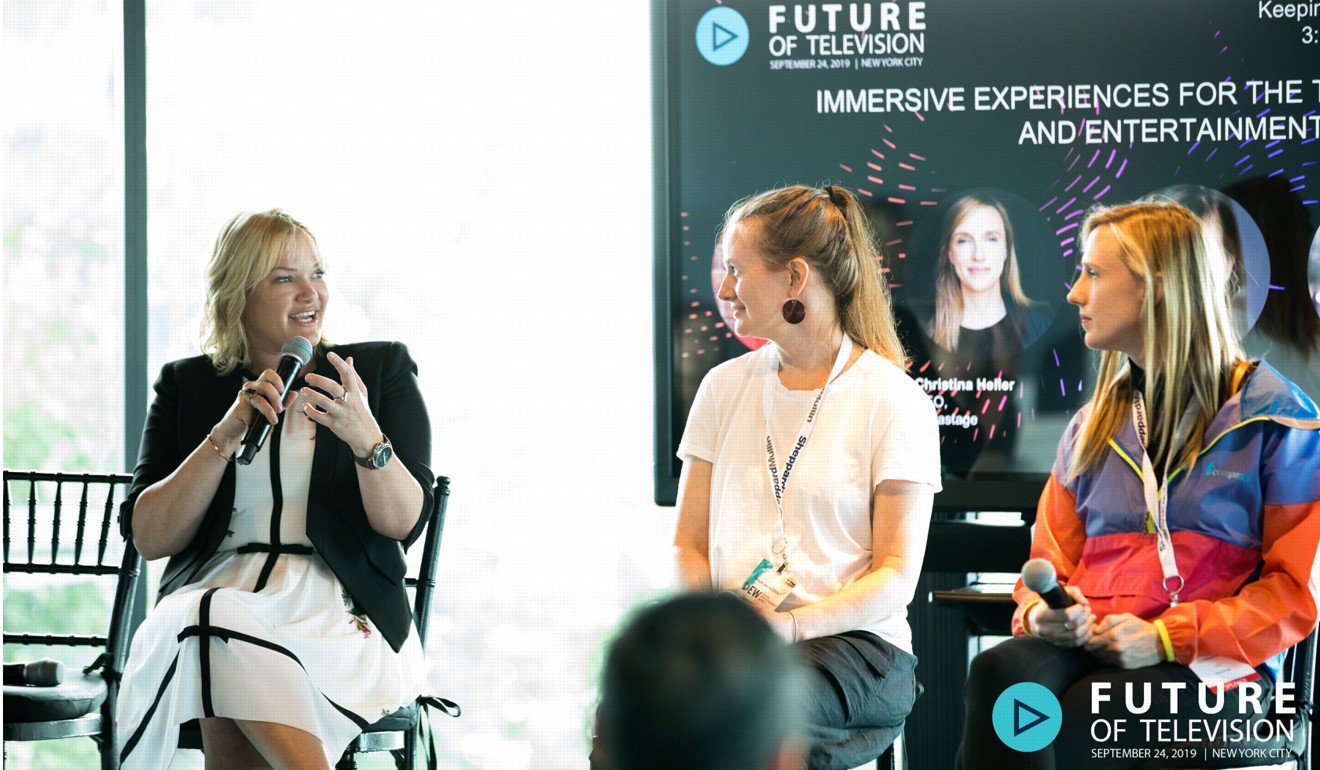 New tech can rejuvenate old shows and franchises, so you might see more versions of old favourites appearing in new forms.

Allen's Double A has produced an interactive mobile game for Friends, as well as making the established Jack Ryan franchise a hit with the younger Comic Con crowd.

"The idea is to engage viewers on social platforms and make entertainment that allows the viewer do more than just watch a live stream. The live audience needs to interact with what's going on. Last year we created an obstacle course for Jack Ryan for Comic Com, which we did on Twitch. Doing things interactively can bring back an old brand and make it seem new again for kids."

Stories are in short form on Twitter, so we need to give away the ending. If the drama of a news clip happens 10 seconds in, then it is way too late. You need to get that key moment in first.

Television news will probably not be changing much in the future, but it will be expanding further on to new platforms, and that will change the way that the news is told, said panellists on the original content leaders round table.

The company began social media publishing on Twitter, "which is essentially today's breaking news channel", then expanded on to other social media platforms. Streaming will begin next year.

NEW COVER: Hong Kong’s protesters have one big issue: Their city’s fate when China fully takes over in 28 years. When U.K. Prime Minister Margaret Thatcher agreed in 1984 to return Hong Kong to China, it wasn’t clear who would end up changing whom. The People’s Republic was still in the early days of the most dramatic economic transformation in modern history, opening for the first time in decades to money, people, and ideas from abroad. Hong Kong, freewheeling and prosperous, boasted plenty of what China’s reformers seemed to want: wealth, of course, but also order and stability, guaranteed by a colonial government that offered clean courts and some individual rights without ever flirting with true electoral democracy. “One country, two systems,” shorthand for Beijing’s pledge to maintain the city’s political character for 50 years after the 1997 British turnover, contained within it the possibility that by the time 2047 rolled around, the systems would have converged—mostly, perhaps, in Hong Kong’s direction. After more than two months of violent confrontation, that’s decidedly unlikely. On Aug. 12 pro-democracy protesters made their most dramatic move yet, flooding into Hong Kong’s gleaming airport and forcing it to shut down completely. The next day, protesters disrupted service again, though short of closing things down. It was the latest episode in what’s become a summer of rage in Asia’s financial capital, with millions taking to the streets to oppose what they say are attempts to steamroll the city’s freedoms. Beijing has responded with undisguised fury, suggesting that some protesters have committed “terrorism” and hinting at the possibility of military action. To pessimists—and in today’s Hong Kong, there are plenty—the rupture is confirmation that the Communist Party and a free city will never be able to peaceably coexist. And yet they must. Despite the wishes of some of Hong Kong’s more passionate activists, Chinese rule isn’t going anywhere. But neither is the fury of many in Hong Kong. Read the full story on bloomberg.com/businessweek

Twitter stories demand a slightly different format to traditional news media, Cowgill says: "Stories are in short form on Twitter, so we need to give away the ending. If the drama of a news clip happens 10 seconds in, then it is way too late. You need to get that key moment in first."

"We needed to work out how to have an authentic voice there which didn't feel we were avoiding what was happening. So a lot of our stories on Instagram have been profiling different protesters … it gives you this glimpse of humanity, and it takes us closer to a really serious event.

"We have to find our way into the story in a way that feels right in the Instagram universe, and also feels right for the story. That is a lot of work."