Kuaishou took China's internet community by storm with its 15-second videos. Now it is after the growing number of consumers who go online to watch other people play video games.

The Tencent Holdings-backed start-up said in a statement on Monday that it plans to "support" about 1 million video game broadcasters on its Twitch-like live-streaming service. A Kuaishou spokesman declined to provide details of this programme ahead of its formal launch on July 23.

The company said its goal was to help these broadcaster earn "a substantial income" on its video game live-streaming platform, whose daily active users (DAUs) were estimated to have surpassed 35 million. It also runs an artificial intelligence-powered content distribution system that ensures both existing and new game broadcasters can generate considerable traffic, the firm said.

Kuaishou vice-president Yan Qiang on Tuesday reiterated the company's aim to achieve 300 million total daily active users on its platform by the Lunar New Year holiday in 2020. The Beijing-based firm has projected a 50 per cent year-on-year increase in revenue to 15 billion yuan (S$2.9 billion) in 2019, Yan said.

In April, there were 1.4 million game broadcasters on Kuaishou, according to data from Xiaohulu.com. It estimated the more established game live-streaming service providers Huya and DouYu had 703,000 and 500,000 game broadcasters, respectively, on their platforms in the same month.

New York-listed Huya and DouYu, a Tencent-backed live-streaming service that went public on Nasdaq, had 15 million and 11 million DAUs, respectively, as of June 15, according to data from QuestMobile cited in a report by online news site 36kr. 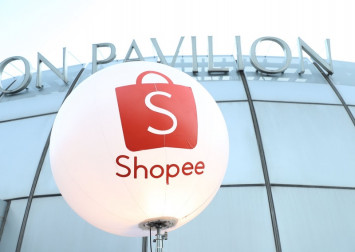 The latest initiative by Kuaishou, which has also moved into the social commerce space, shows how the start-up remains on "combat mode", more than a month after its founders made a call to arms to the company's more than 8,000 employees.

Kuaishou's founders, Su Hua and Cheng Yixiao, wanted to shake off a laid-back corporate culture that sets it apart from its peers in China's fiercely competitive online streaming video market. There are about 800 million Chinese consumers who regularly watch short videos, according to findings from the China Internet Report 2019 - published by the South China Morning Post and sister site Abacus, in conjunction with Edith Yeung, managing partner at Proof of Capital.

The daily time spent by users of short-form video apps in China reached an average of 600 million hours as of April, becoming the primary driver of internet usage in the world's biggest online population, according to the 2019 China Internet Trends Report.

"Behind what looks like good numbers, we see deep, hidden dangers," Su and Cheng said in a joint memo to staff reported by the Post. "We're no longer the team that runs the fastest."

That followed calls by other tech industry bosses, including Baidu chief executive Robin Li Yanhong and Xiaomi Corp's Lei Jun, to step up their game amid growing uncertainties on the domestic economy brought on by the trade war between the US and China.