After Genshin Impact, Party Animals is the latest hit from Chinese game developers

A handout photo.Party Animals is the latest in a series of physics-based party games. Players compete to throw each other off a platform.

Developed by Recreate Games, Party Animals is a multiplayer game where players adopt the personas of dolls and puppets to brawl with friends.

While not officially released, a game demo available as a free trial from October 4 to 13 took the industry by storm, making it the latest party game sensation following the success of Among Us and Fall Guys: Ultimate Knockout.

While Chinese video games are increasingly popular around the world, the initial success of Party Animals also reflects the rising interest in physics-based party games, a phenomenon accelerated by the Covid-19 pandemic that has seen people turning to video games as a new way to socialise.

Party Animals became the Chinese game with the highest number of concurrent players on Steam, breaking the record established by The Scroll of Taiwu in 2018, according to Chinese media Gamelook.

The new game also amassed an enormous number of views on live-streaming platform Twitch, with more than 113,000 viewers – coincidentally the same as the number of players on the fourth day – tuning in to watch the game last Friday.

Given the success of the demo, Recreate Games said it is now developing a smartphone version of the game.

“Recreate Games has created a physics-based, multiplayer brawler that is fun to play, includes social and competitive elements, and is streamer friendly,” he added.

Ahmad noted that Chinese developers have started developing games that appeal to the global market, with MiHoYo’s Genshin Impact a recent example.

“[They] are increasingly looking at Steam as a way to distribute PC games beyond the Great Firewall, with titles such as Lost Castle , Bright Memory and My Time at Portia finding success globally,” he said.

On Monday the number of concurrent players on Party Animals was more than twice the number playing Fall Guys.

To be sure, a lot of the traffic may have come from within China, where Valve Corp’s Steam has an estimated 20 million Chinese users playing games that would otherwise have to be approved by regulators for domestic use. 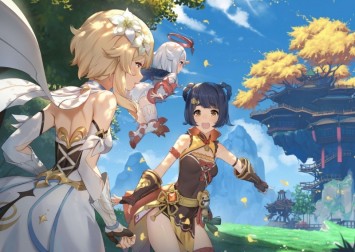 Niko Partners estimates that there are about 720 million game players in China. The research firm also says 97 per cent of people between 18 and 24 years old are gamers, along with 90 per cent of 25 to 35 year-olds.

Some analysts believe the success of the Party Animals demo does not guarantee it will have staying power in the market as the industry has become overcrowded.

“[Party] games tend to have a short lifespan. You can see that Fall Guys is already losing popularity. So launching it on mobile can maximise revenue,” said Liao Xuhua, gaming analyst at Beijing-based Analysys International.

However, echoing Ahmad, Liao said that party games revolving around physics simulation are in vogue.

“We have been seeing no shortage of physics-simulation-based party games of late, which were not very common before the success of Human Fall Flat ,” he said.

Founded by Luo Zixiong, the former design director at once cult smartphone brand Smartisan, Recreate Games benefited when its games were promoted by Smartisan founder and internet celebrity Luo Yonghao.