AI automation is taking over jobs. Will anyone be spared?

Experts warn that AI will take over many jobs, but it could mostly be repetitive ones that people do not enjoy.

While many people may have been too busy staring at screens from 9am to 6pm every day to notice, a quiet revolution has started in workplaces around the world.

Automation aided by artificial intelligence has increasingly been taking over more aspects of workers’ jobs in recent years, and pundits have warned for years that this shift could lead to social upheaval.

But not everyone is so pessimistic.

Just as ancient Greek and Roman elites once relied on slave labour while spending their time on more leisurely pursuits, many workers today could soon see a rise in their own free time as repetitive work is outsourced to machines, according to Witman Hung, a technology industry veteran and Hong Kong deputy to China’s 13th National People’s Congress.

“Maybe we will be working 15 hours a week and spending our time on better things such as playing games and thinking about philosophy,” Hung said on Wednesday during a panel discussion about automation and the future of job opportunities organised by the South China Morning Post.

The panel was part of the Post ’s Digital Transformation Series on how technology is impacting companies around the world. Hung was joined by Pamela Mar, executive vice-president for knowledge and applications at the Fung Academy, and Jonathan Peng, senior solutions architect at Alibaba Group Holding’s cloud computing business. Alibaba is the parent company of the Post.

As the capabilities of AI continue to grow rapidly, many workers stand to be impacted by the disruption that automation will bring to their industries.

Automation could take over 40 to 50 per cent of jobs globally, according to Lee Kai-fu﻿, founder of Sinovation Ventures and author of AI Superpowers: China, Silicon Valley, and the New World Order.

Lee warned in his book that governments should start preparing for the eventuality.

Much of the automation happening today is in jobs that once seemed entirely dependent on humans. Chat bots, for instance, have replaced call centre workers. With the help of AI, bots can perform tasks ranging from presales to chatting with customers.

They are also capable of handling millions of conversations a day, Alibaba’s Peng said.

Although the impact of automation is expected to affect a wide range of industries, different occupations will be hit in different waves over the next 30 years, according to a study from PwC.

In another report, PwC estimated that China could lose more than a quarter of existing jobs over the next two decades because of AI and related technologies.

Many workers may no longer be worrying if AI will affect their jobs, but when. However, there is a potential upside: AI could boost productivity, raising workers’ income, according to PwC.

Read Also
Hey Google … what movie should I watch today? How AI can affect our decisions 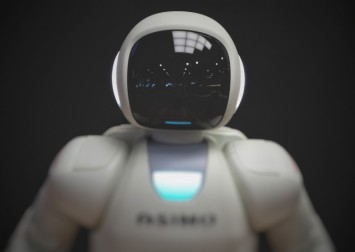 The firm estimates the technology could increase the number of jobs available in China by 12 per cent, amounting to about 90 million new jobs.

“If you‘re a factory owner, maybe the number of workers that you need to do manual tasks is going to decrease, but you will need other workers who can perform other kinds of value-added activities,” said Fung Academy’s Mar.

Workers may no longer be needed to sew clothes or perform quality control in garment manufacturing, but they could be retrained to read data or work with customers, Mar said.

Or they may become clothes designers as more customers seek unique, bespoke outfits, according to Hung, who suggested people may be left doing more creative work that AI cannot perform. 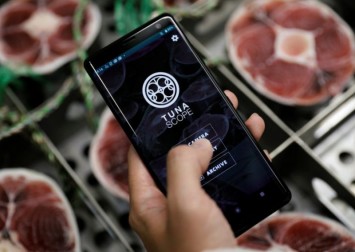 “I‘m very optimistic about the entertainment industry, gaming, and of course, art and science, as in design,” he said.

Despite the popular perception of robots taking over factory work, though, PwC’s data shows that automation’s first victims globally over the next 10 years will be people handling clerical work.

Legal offices, for instance, will employ AI to comb through cases, and sales departments will automate communication with clients.

To future-proof workers, education will have to change, the panellists agreed.

Our current education system favours specialisation instead of the kind of general education that could enable a person to perform different kinds of tasks to adapt to changing industries in the coming years.

“If we do not do that in the next 15 years, we‘ll be in deep trouble because we will be training kids that are not future-ready, and they’ll be very unhappy,” Fung said. “Then then we really have a social problem.”

But what will happen to those of us slaving away in front of computers right now? There is some good news: new technology might actually boost employment across the entire economy.

That was the conclusion reached in study by the Massachusetts Institute of Technology’s David Autor and Utrecht University’s Anna Salomons, which relies on five decades of data on 28 industries across 19 countries.

However, the authors found that automation displaces workers in the industries where it originates, and it increases economic value faster than wages.

The prospect of companies reaping more benefits than workers has made some understandably pessimistic about robots entering workplaces.

In a study conducted by the Pew Research Center in 2018, more than three-quarters of US adults surveyed said inequality between the rich and poor would increase if robots and computers took over most jobs done by humans by 2050.

One idea for addressing resulting inequality is increasing taxes, but workers will still need to better adapt to technological changes.

Mar explained that companies should use whatever tools they can to educate employees and build a culture of constant learning.

As an example, Mar said her work with garment factories includes using a mobile app to teach a variety of skills, from different sewing techniques to compliance and financial literacy. The goal is to train workers to be able to open their own shop after years of training.

ALSO READ: Chatbots don't judge: Why talking to one can help you feel less isolated

“The first thing we always do in those factories, when we embark on lean transformation and upgrading and productivity improvement, is make people be ambidextrous in terms of different skills and being able to be redeployed,” Mar said.

Cloud service providers, such as Alibaba Cloud, have also been educating traditional businesses on how to bring automation and AI into workplaces. But companies will also have to adapt to a changing workforce.

Mar said that giving employees insight into the data behind their work could make them more knowledgeable in certain areas than even their managers.

This will empower employees, but they will also seek changes in their work culture, preferring more transparency and less top-down decision-making.