Air purifier that sucks up dust and mosquitoes 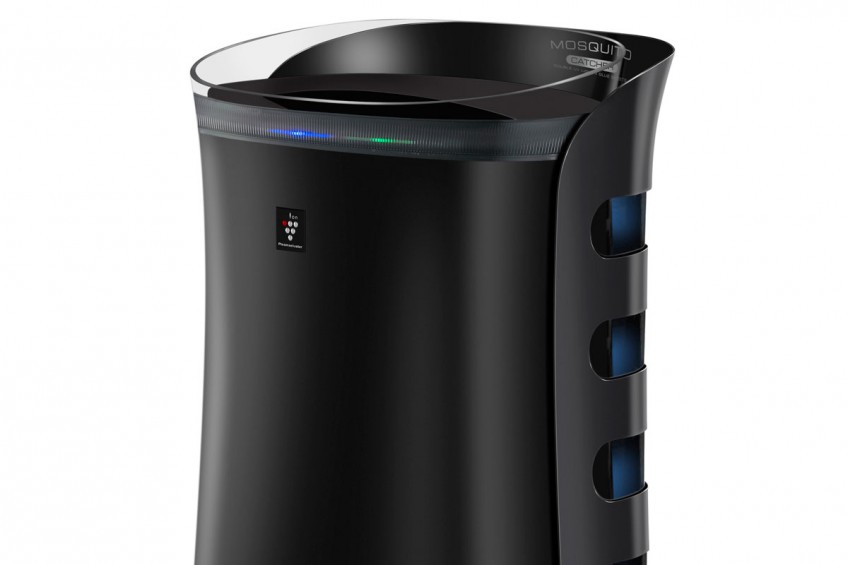 I attract mosquitoes. It seems I am always the first among my friends and family to be bitten at barbecues and other mosquito-prone occasions. My three-year-old daughter takes after me and gets her fair share of bites at home.

So when Sharp launched a new air purifier with a built-in mosquito catcher recently, I jumped at the chance to try it. With a Hepa air filter that removes particulates as small as 2.5 microns, this air purifier sounds perfect for our haze and dengue problems.

Sharp says the mosquito catcher was developed after a study with the Institute for Medical Research in Malaysia. In lab tests, the air purifier could cut Culex house mosquitoes by up to 91 per cent and the dengue-causing Aedes variant by up to 73 per cent. To attract mosquitoes, the air purifier is finished in black. It emits ultraviolet light (UV) to lure mosquitoes into its air inlet before sucking them in and trapping them on a sticky glue sheet. Each sheet lasts about one month.

The air purifier's fan is audible when set to maximum speed, but there is a quieter Sleep mode that also reduces the brightness of the catcher's UV lamp.

My conclusion at the end of six days of testing: I am still a better mosquito magnet than the Sharp. In fact, the Sharp caught fewer than 10 mosquitoes. To be fair, I had killed more than that number in that period, which could have meant fewer mosquitoes for the catcher. The mosquitoes at my home are also probably the harder-to-catch Aedes variant as they usually strike in the evenings.