Altering faces via AI deepfake may be outlawed in China

In February, the face of female actress Athena Chu was replaced with the face of another star Yang Mi in a television series with aid of AI technology.

The technology, known as deepfake, is a human image synthesis technique based on artificial intelligence that uses a combination of existing and source videos to create a false video that appears to show people doing things that never occurred in reality.

According to a draft law being deliberated by the Standing Committee of the National People's Congress, the use of the technology could violate individual portrait rights.

The draft clarifies that no individual or organisation may distort another person's picture or mimic voices using technology.

The draft, which was written to formulate a section of the country's civil code, was submitted to a bimonthly session of the Standing Committee on Saturday for a second review.

"We added the prohibitions because some authorities pointed out that the improper use of AI technology not only damages people's portrait rights, but also harms national security and the public interest," said Shen Chunyao, a senior legislator of the NPC's Constitution and Law Committee, while explaining the draft. In February, the face of female actress Athena Chu was replaced with the face of another star Yang Mi in a television series with aid of AI technology. The face-swapping video quickly stirred social media, bringing netizens' laughter as well as concern.

"If some people improperly use the AI technology, which has been used often in filmmaking, online risks will emerge," said Jue Ao, a cybersecurity specialist at Alibaba.

Read Also
Chinese actor Elvis Tsui gets 'face-swopped' as Aquaman, Thor - and the results are glorious 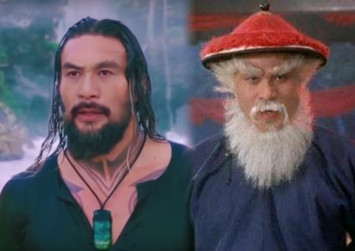 In November 2017, Jue's team found a group of hackers had attacked a driver's license database of nearly 100 people online and then used the victims' information to commit fraud through 3D synthesis software.

Wang Liming, a civil law professor at Renmin University of China, said the rapid development of AI technology has brought about a big challenge in the practice of law, "so it's necessary to provide a solution through legislation".

In addition to regulating the use of the technology, the draft highlights the importance of protecting personal information details of juveniles, ordering people and institutes that attempt to collect it to first secure permission from their guardians.

Additionally, if a government department uses private information to do its job, it must neither reveal the personal information nor illegally provide it to others, the draft said.

In China, a draft law or law amendment usually goes through three reviews at the top legislature before it is voted on.