Amazon.com’s action against Shenzhen Youkeshu Technology Co is expected to result in a 40 to 60 per cent drop in the company’s first-half sales.

Amazon.com has closed 340 online stores operated by one of the platform's largest Chinese retailers in the first half of this year, as the US e-commerce giant intensifies its crackdown against paid reviews and other violations.

The action was taken against stores run by Shenzhen Youkeshu Technology Co. for allegedly violating Amazon's rules, without providing any details, according to a filing this week by the merchant's Shenzhen-listed parent Tiza Information Industry Corp.

The affected stores, the operations of which Amazon had either banned or frozen, made up 30 per cent of Youkeshu's total retail presence on the platform, according to Tiza.

It said more than 130 million yuan (S$27 million) of Youkeshu's funds have been frozen and estimated the retailer's first-half sales this year to be reduced by 40 to 60 per cent.

Tiza said in its filing that "rules on e-commerce platforms have been tightening, as rights infringement and review manipulation continued to increase".

Youkeshu's case marks the latest blow to the "made in China, sold on Amazon" community, comprising mainland retailers that have flocked to the US platform in a bid to reach international customers.

"Amazon can suspend sales or freeze the funds of stores for [selling] products with intellectual property risks and [over] customer complaints," Tiza said in its filing. It said more than 130 million yuan (US$20.08 million) of Youkeshu's funds have already been blocked by Amazon.

While Youkeshu also operates stores on other sites including eBay, Wish and AliExpress, the company sharpened its focus on Amazon last year with "a strategic stock-up" for the platform, Tiza said.

Youkeshu had a total of 1,135 online stores on Amazon in 2020, which raked in 1.5 billion yuan in sales that same year, according to a separate filing by Tiza to the Shenzhen Stock Exchange in June.

Privately held Youkeshu has been involved in cross-border e-commerce since 2008, selling a wide range of products including electronic gadgets, toys and outdoors equipment on various online platforms, according to the company's website.

Amazon's action against Youkeshu happened on the same week that gadget vendor Choetech, operated by Shenzhen DAK Technology Co, vanished from the US platform, with links to product listings now inaccessible. 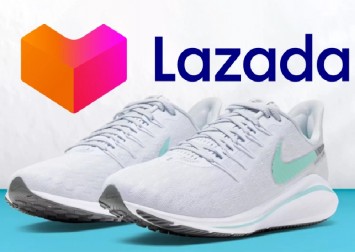 Choetech, a popular seller of wireless chargers, did not immediately respond to a request for comment.

As Chinese merchants flock to Amazon, some are bringing with them grey area practices common in China's e-commerce market. These include making up fake reviews and inflating sales numbers, according to industry insiders.

Several weeks earlier, Amazon blocked listings from electronics vendors Aukey and Mpow. An Amazon spokesman said at the time that the company does not comment on individual cases, but it has systems to detect "suspicious behaviour" and take prompt actions.

Neither Aukey nor Mpow have been accused of fraud.

"To help earn the trust of customers, we devote significant resources to preventing fake or incentivised reviews from appearing in our store," Amazon said in a statement in mid-June. 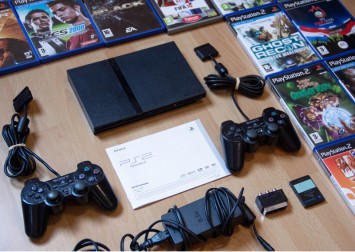 "Over many years, we have continued to invent, deploy and continually improve sophisticated technology powered by machine learning, and couple that with expert human investigators to proactively prevent fake reviews from ever being seen in our store."

Amazon has been working for years to fight review manipulations, having banned "incentivised reviews" since 2016, which includes asking a friend to leave a review and offering incentives to post positive reviews.

In 2020, Amazon stopped more than 200 million suspected fake reviews before they were seen by a customer, and 99 per cent of the fake reviews were spotted by the platform's own detection, according to the company.

In recent years, a growing number of Chinese merchants have turned to large international e-commerce platforms, including eBay and Amazon, to reach consumers beyond their home market.

China-based vendors represented 75 per cent of all new merchants on Amazon in January, according to a report by consultancy Marketplace Pulse. The share of these mainland sellers on Amazon's US site has surged to 63 per cent this year, up from 28 per cent in 2019.

Beijing has been promoting the development of cross-border e-commerce as a new model to advance foreign trade, with supporting policies including a faster clearance system.