Apple started removing thousands of unlicensed video games from its App Store in China this month.

Apple has left foreign video game developers scrambling to stay afloat in China, according to analysts, after the technology giant started removing thousands of unlicensed games from its local App Store this month to comply with the country’s regulations.

A total of 2,394 unlicensed games had been removed by Apple from its China App Store on July 4, after more than a thousand each day were taken down from July 1, according to the latest estimates from app tracking firm Qimai Data.

It said Apple already sent a select group of developers a final warning to pursue licensing before the end of this month.

China requires video games, either paid or offered with in-app purchases, to be submitted for review and obtain a licence before commercial release. Apple’s App Store continued to offer unlicensed games before July 1, which was reportedly the company’s take down date.

By comparison, the major Chinese Android app platforms had enforced the regulation since 2016.

“The developers we’ve spoken with have all felt frustrated and in the dark,” said Todd Kuhns, marketing manager for Beijing-based consultancy AppInChina. “They’ve told us the sudden announcement and lack of information leaves them with little time to develop a clear strategy for communication with their current users, or to decide between developing a new app or submitting a licence application.”

US video games giant Electronic Arts released a notice last month that Star Wars: Galaxy of Heroes will no longer be available in China. 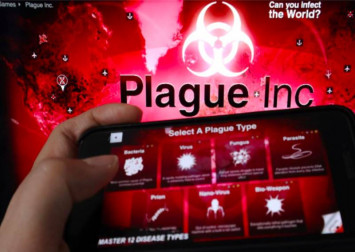 Meanwhile, Chinese players of Marvel: Future Fight, from Korean developer Netmarble Corp, and Blackfire’s Runestone Keeper have taken to social media to complain about the sudden end of services for those games.

“I’m quite unhappy about this. I spent money to buy this game on iOS. Now it suddenly just disappeared from the app store. Now I can’t even download it anymore,” a Runestone Keeper player named Xingyeyangsi wrote on Weibo.

The takedown initiative by Apple on unlicensed games in its Chinese apps platform comes at a time when gaming is seeing exceptional growth in China, the industry’s largest market, and other economies around the world as more people are staying indoors because of the Covid-19 pandemic.

It also reflects China’s strong enforcement of its policy against video games that regulators may consider as vulgar, too violent, superstitious or contrarian to socialist values.

Still, Apple’s move may portend a harsher regulatory environment for foreign games to operate in China, according to Chundi Zhang, a gaming analyst with Ampere Analysis. He expects “imported games approved this year to fall significantly”.

There were 27 licensed foreign games in the first half of this year from a total of 583 games approved during the period, according to data published by the National Press and Publication Administration.

“Regulation over game licences will be stricter and stricter,” Qimai Data said in a report. “Some developers said that they had tried to spoof the licence check by using their PlayStation game licence, but got rejected. As such, there aren’t any loopholes left for developers to trick the system.”

China – with more than 720 million gamers across mobile, desktop personal computer and console hardware – is projected to generate about US$36 billion (S$50 billion) in revenue this year, up from US$33 billion in 2019, according to Niko Partners.