Assessing the Creed - a review of Assassin's Creed: Syndicate 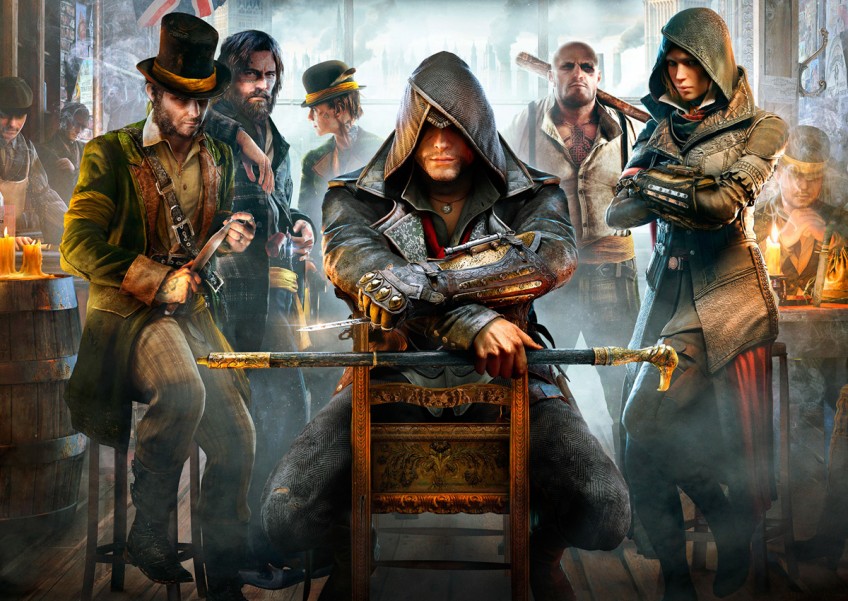 When Ubisoft first released Assassin's Creed in 2007, the game was very well-received. Seamlessly combining parkour and stealth, the innovative action-adventure game garnered quite a bit of fanfare and several sequels quickly followed.

Fast forward half a decade and over a dozen sequels and tie-in games however, many fans of the series were of the opinion that Ubisoft was running out of ideas for the beloved franchise. Following the lukewarm reception of the problematic (filled with bugs and glitches upon initial release) Assassin's Creed: Unity, many had given up completely on the series making a comeback.

Despite the negative reaction to Unity, Ubisoft pushed and eventually released Assassin's Creed: Syndicate, the latest instalment of the Assassin's Creed franchise, late in October last year before rumours started circulating that the franchise will be undergoing a revamp and that there will not be a new Assassin's Creed game in 2016.

So, how does Syndicate, possibly the last entry of the franchise pre-reboot fare? Quite well, actually.

So beloved was Ezio that easter eggs relating to him can be found in many later instalments of the series. In fact, Ezio's costume is given to Ubisoft members as an exclusive in-game costume in Syndicate itself. It's safe to say that none of the characters after Ezio really managed to win over the fans of the series.

Up stepped Jacob and Evie Frye, the two playable protagonists in Syndicate. Charming and charismatic, the twin assassins often engage in entertaining dialogue with each other and with other NPCs, giving the characters a refreshing sense of humour.

Even the main antagonist, Crawford Starrick, was a villain that was far more sophisticated and menacing than the previous 'final bosses' of the last few games combined. The addition of unique characters like Charles Dickens and Darwin, and Arthur Conan Doyle make the Syndicate cast a truly memorable one.

Assassin's Creed: Syndicate is set in Victorian London and is the biggest open world experience that the franchise has ever seen. And it looks pristinely stylish as well. While some may bemoan the dullness of the average street, the truth is Ubisoft managed to accurately portray what London would have actually looked like during the Victorian era, and that is no simple feat.

However, one of the biggest changes made to Syndicate is the removal of multiplayer gaming (first introduced in Assassin's Creed Brotherhood in 2010). Deciding to focus instead on the single player experience, Ubisoft instead introduced the ability to switch between main characters Jacob and Evie who both have their own unique sets of skills and temperaments.

Evie is more cautious and utilises a wide range of stealth techniques whereas Jacob prefers the direct approach. In short: Evie is more swag and Jacob is more thug.

And since both characters have their own motivations, expect to spend equal amounts of time (with regard to the main storyline) with both of them. Ubisoft also introduced the concept of driving carriages and a nifty new rope launcher tool which makes scaling Big Ben much easier and less time-consuming.

Not quite a bed of roses

Despite all the positives of Syndicate, it is still not a perfect game. The bugs and glitches which seem to constantly plague Assassin's Creed games were again present in Syndicate, albeit sometimes leading to hillarious scenes and in-game moments.

That aside, the bigger problem is the slightly unrefined controls in Syndicate. Some have pointed out that the button which corresponds to kidnapping a person is the same button used to board a carriage, open doors and ignite explosives. While usually not a major issue, it sometimes can cause players to make frustrating mistakes.

What is more unforgivable is the controls for the carriages. The carriages are difficult to 'drive' and I'm pretty sure that horses don't have a 'reverse gear'. All in all, when you take the reins of a carriage, it feels like you're flying a helicopter in Grand Theft Auto V, minus the fun and double the frustration.

When Assassin's Creed Syndicate was first launched, it was the second worst selling game in the UK. And that's saying something for a game based in London. But by the end of 2015, Syndicate had been nominated for best action-adventure game of the year.

And if you ask me, it's dully deserved. No doubt there are a few technical issues and glitches, but the hallmark of a great game is its ability to convince gamers to overlook the faults and stay interested in the game itself. And certainly Assassin's Creed: Syndicate does that. It is simply one of the better games in the series in the last 4 or 5 years.