Beijing names WeChat and other apps for data flaws and shuts down fan club apps, as scrutiny ratchets up

WeChat's "youth mode" limits young users' access to some games and functions, such as payments or finding nearby friends.

Chinese authorities are continuing their scrutiny of mobile apps, calling out privacy flaws in an array of popular apps and removing several products used by pop star fans, mostly teenagers, who want to connect with their idols.

The Ministry of Industry and Information Technology (MIIT) on Wednesday (Aug 18) named 43 smartphone applications that were found to illegally transfer user contact data, location information or incorrectly use pop-up ads when users open the app.

The list includes some of China’s most popular apps, such as Tencent Holdings’ WeChat, its corporate version WeCom, Tencent Video and Tencent Maps – all of which illegally used contact and location information, according to MIIT.

Suning.com recently announced that it would sell almost 17 per cent of its shares to a consortium which includes e-commerce titan Alibaba Group Holding, owner of the South China Morning Post.

The MIIT has told the companies to solve the problem by Aug 25 or face punishment, according to the statement.

The companies named did not immediately respond to requests for comment.

The apps remain operational for users that have already downloaded them. 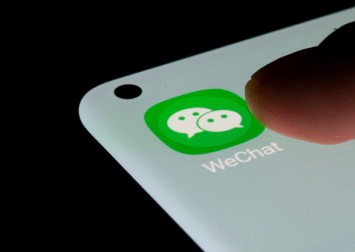 The latest move follows a two-month-long campaign, initiated earlier this month by internet watchdog the Cyberspace Administration of China (CAC), to impose restrictions on the activities of online fan clubs that some see as adversely affecting the well-being of the country’s youth.

Taoba said on its official Weibo page last week, citing CAC’s campaign, that it would launch a “teenage model”, while only users above 18 years old can participate in the app’s crowdfunding activities.

Naming and shaming of Chinese apps by the central government has now become a regular occurrence, and the MIIT has upped its surveillance since 2019.

The MIIT has singled out more than 1,300 apps to date for illegally collecting user information, requesting excessive permissions or misleading customers.

In the past, however, most apps named by the ministry were allowed to continue operations, with only a small percentage shut down for good.

The crackdown on fan clubs has increased in severity in recent months.

The cyberspace watchdog has removed 150,000 examples of “harmful” online content and has punished more than 4,000 fan club-related accounts, according to a Xinhua report this month.

Meanwhile, Weibo recently announced the removal of its “Star Power Ranking List”, which encouraged competition among fan circles to raise their idol’s rankings on the list.