Beginning July in Bhutan, a microchip would be embedded under the skin of pet dogs and quick response (QR) code around a dog's neck would help locate dogs.

However, at the heart of the debate is still how humane the approaches are.

During an open discussion with the Prime Minister last week, Dr Karma Rinzin said that the growing dog population was becoming a nuisance.

The focus of the strategy is to reduce birth of free-roaming dogs and encourage adoption of stray dogs through community-based initiatives.

Prime Minister Dr Lotay Tshering said that for the strategy to succeed it was necessary to incentivise some of the services to adopters.

For instance, if a person who had adopted a dog went to animal hospital, he or she would not have to stand in the queue.

Additionally, two mobile applications - mass dog vaccination and dog population management - will help officials working in the field to monitor the team and have access to information like the number of neutered dogs.

As of now, when animal welfare officers or dogcatchers make their rounds, they take pictures of the dogs and then add on the Global Positioning System (GPS). 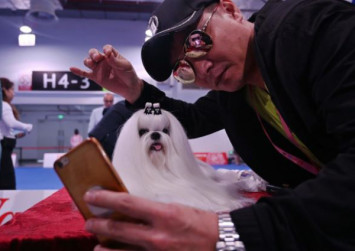 The dog is then taken to an animal shelter after which the information about the dog is updated.

In the 1970s, strategies of controlling dog population in the country included killing due to rabies outbreak, illegal translocation, impounding, and ad-hoc animal birth control programmes.

Methods met with failure due to poor animal welfare and coverage across the nation.

After the inception of Capture, Neuter, Vaccinate, Release (CNVR) method in 2009, 102,316 dogs have been sterilised which has led to a drastic reduction in the rabies cases.

CNVR, however, was found to be ineffective due to lack of teams in the dzongkhags. Retaining animal welfare officers is a challenge due to temporal nature of their job.

"We lose trained field officials as they are paid only daily wage," Karma Rinzin said.

The prime minister said that there was a need to involve Civil Society Organisations and Non-Governmental Organisations for successful implementation of the strategy.

"We need CNVR team throughout the 20 dzongkhags," he said.