In any military training exercise, good execution and hard work count towards a successful finish.

As such exercises are usually practised repeatedly and planned for in advance, any positive conclusion is hardly surprising.

This also applies to any game in Activision's Call Of Duty series, which sees players blast their way through terrorist camps, war-torn streets and perilous mountain trails in an explosive fashion that would make Rambo proud.

But there is something different about Advanced Warfare.

Maybe it is because Call Of Duty: Ghosts, the prior game in the series, was somewhat muted in its delivery. Advanced Warfare not only checks all the right boxes in its operations to-do list, it adds a few of its own for future games in the series.

It is set in the near future when governments use private military contractors to fight some of their wars. Two marines enter war-torn Seoul but only one of them returns, and without his left arm. 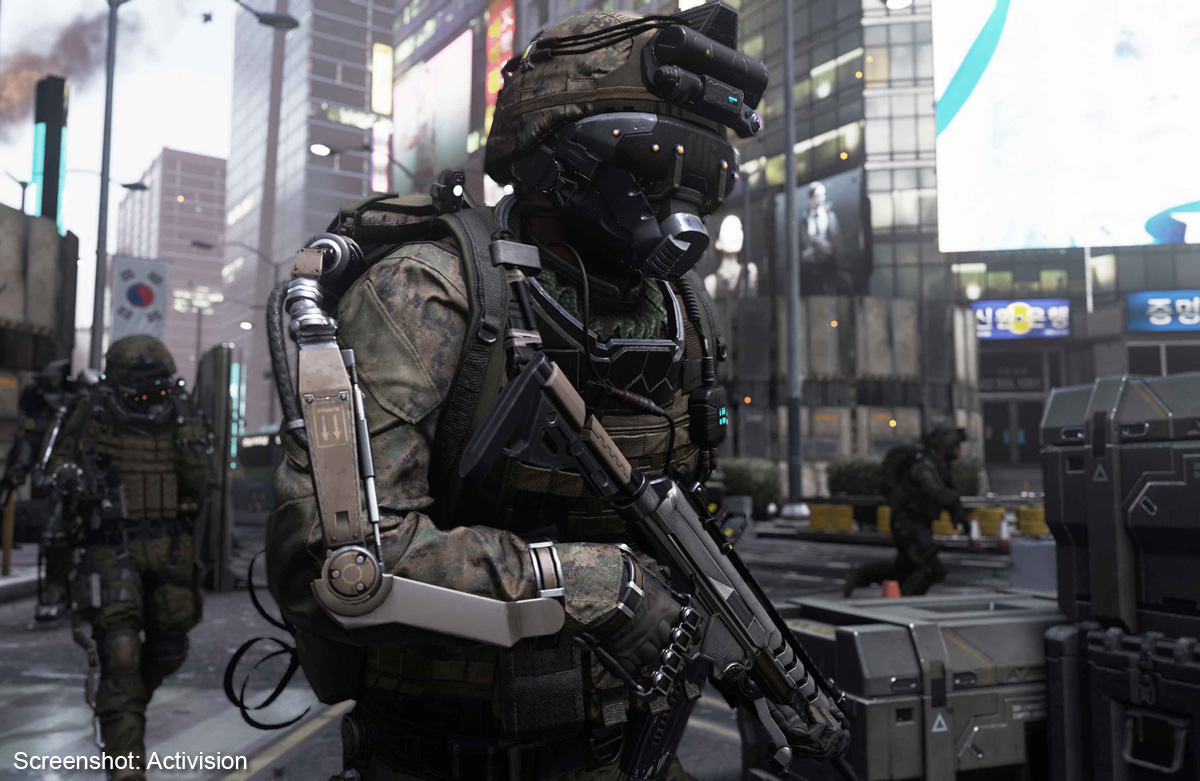 After Jack Mitchell is discharged from the marines, he is recruited by his dead friend's father, Jonathan Irons, who heads Atlas, one of the world's largest private military contractors.

Fitted with a prosthetic arm that seems more bionic than just an artificial appendage, Mitchell now fights for money, not country. Or does he?

So what works? Despite the use of futuristic weapons, exosuits and other gadgets you would normally see only in spy movies, the foundations here are extremely grounded.

There is no miracle weapon that takes down large groups of enemies, or any deux ex machina that swoops in to save the day.

As Jack, I have grenades that let me see through walls to locate targets, cameras the size of a housefly, an exosuit that lets me run and jump like a superhuman, and gloves that help me to scale walls like Spider-Man.

Despite these superhuman extras, the game does not feel like futuristic shooters such as Resistance or Killzone.

Soldiers still use projectile-based machine guns and their constant rhythmic firing remind you to take cover with every few steps, as you wait for your squad to back you up at each new area entered.

Not all these nifty weapons and accessories are always accessible to players either. Though the exosuit is standard issue equipment, its powers are limited on some levels.

The equipment enhances the soldier in you, but the game still requires some regular skills to navigate. Some action-styled cutscenes are thrown into the mix, ramping up the action for those who manage to feel calm under the hail of bullets and exploding rockets.

But what makes the game work is the ever charming, sincere and charismatic Kevin Spacey as the senior Irons. 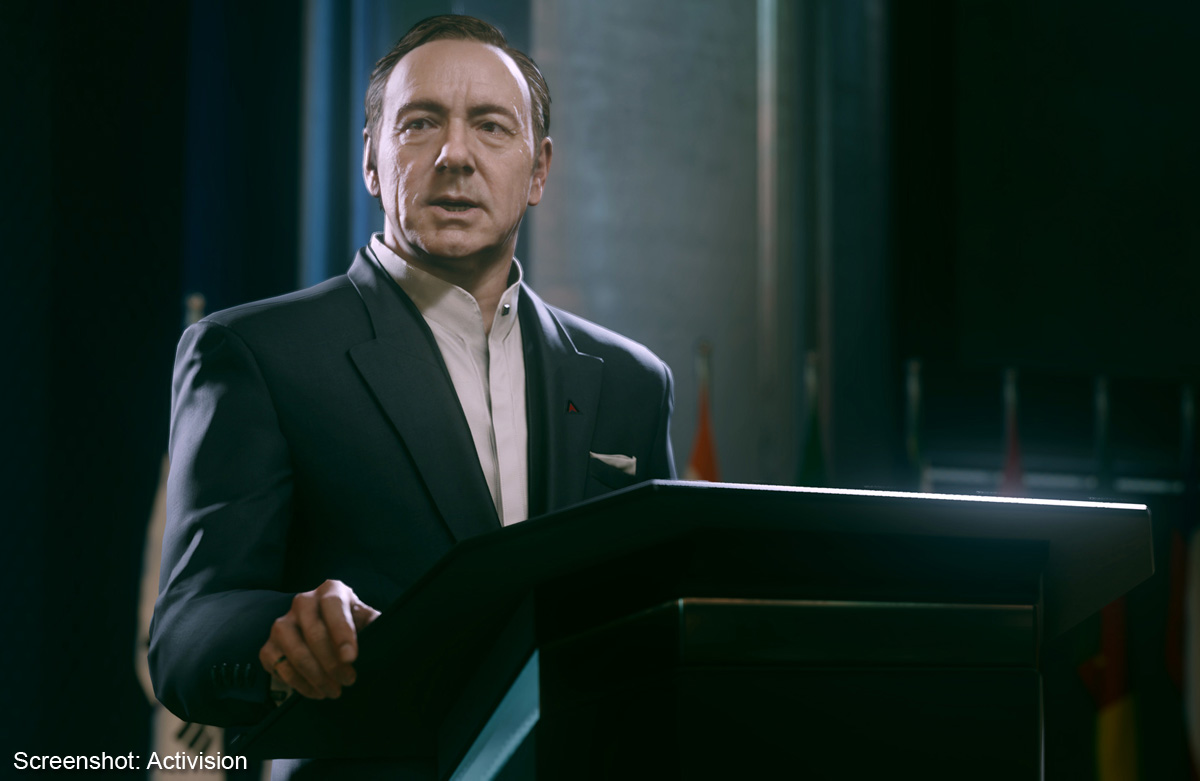 The use of motion capture and voice acting lead you to believe that the Oscar winner is guiding you on each mission, playing the father you can trust and the commanding officer for whom you would willingly take a bullet.

This is the anchor to drive the narrative. This is what Activision needs in future Call Of Duty games. Because, let us face it, writing has never been a strength of this franchise and this is the one mission in which the game fails.

The plot is like something that a bunch of schoolboys dreamed up. And the dialogue sounds like it was spat out by screenwriting interns.

By the time Irons reveals his true nature, you would barely bat an eyelid at the more than obvious twist in the game.

But if you have ever served in a combat unit in the army and have often wondered what a trained group of soldiers armed with advanced weaponry can do, Advanced Warfare shows you all the possibilities with pinpoint accuracy.

This article was first published on Dec 31, 2014. Get a copy of Digital Life, The Straits Times or go to straitstimes.com for more stories.