For Carousell founder Quek Siu Rui, starting up hasn't been a walk in the park

Quek Siu Rui has not taken a holiday in nearly eight years.

Since he co-founded Carousell in 2012, almost all of the 32-year-old's free time has been devoted to thinking about what is next, he said. "I have this almost extreme view of the world where [if you do something] you've got to do it well and good. You've got to be laser-focused and almost obsessed about it."

As the face of one of Singapore's most prominent start-ups - widely recognised as a pioneer in mobile classifieds - it comes as little surprise that Quek is almost constantly working. On weekends, he often has to remind himself not to send emails to employees, he said, admitting that he has wished the weekend would pass more quickly so his workweek could begin again.

So when asked what he would like to do as part of this interview series, where a Post journalist interacts with tech CEOs over an activity of their choice, Quek opted to go hiking - an activity he used to enjoy but has not had much time to indulge in.

"My life has been relatively simple and focused on Carousell, it's almost boring," the CEO said with a laugh. "I haven't gotten a chance to do as much walking in my life because - Carousell comes first."

On a balmy, humid Saturday morning I met Quek at Bukit Timah Hill, Singapore's highest hill at 163 metres tall. The place holds fond memories for Quek from his secondary school days when he used to hike there as part of an outdoor activities club and later on when bonding with colleagues in Carousell's early days.

Dressed in a black T-shirt with the Carousell logo emblazoned across the front, exercise shorts and army-issue running shoes, Quek greeted me with his signature toothy grin before announcing that we would be embarking on a "moderate" trail. I groaned. With my general lack of fitness, I had hoped to take an easier route.

But Quek was rather more philosophical about the challenge: "The outdoors really shapes you as a person, it's therapeutic and through the challenging highs and lows you really learn perseverance," he said, recounting past climbing trips to Malaysia's Mount Kinabalu and Nepal's Annapurna circuit. 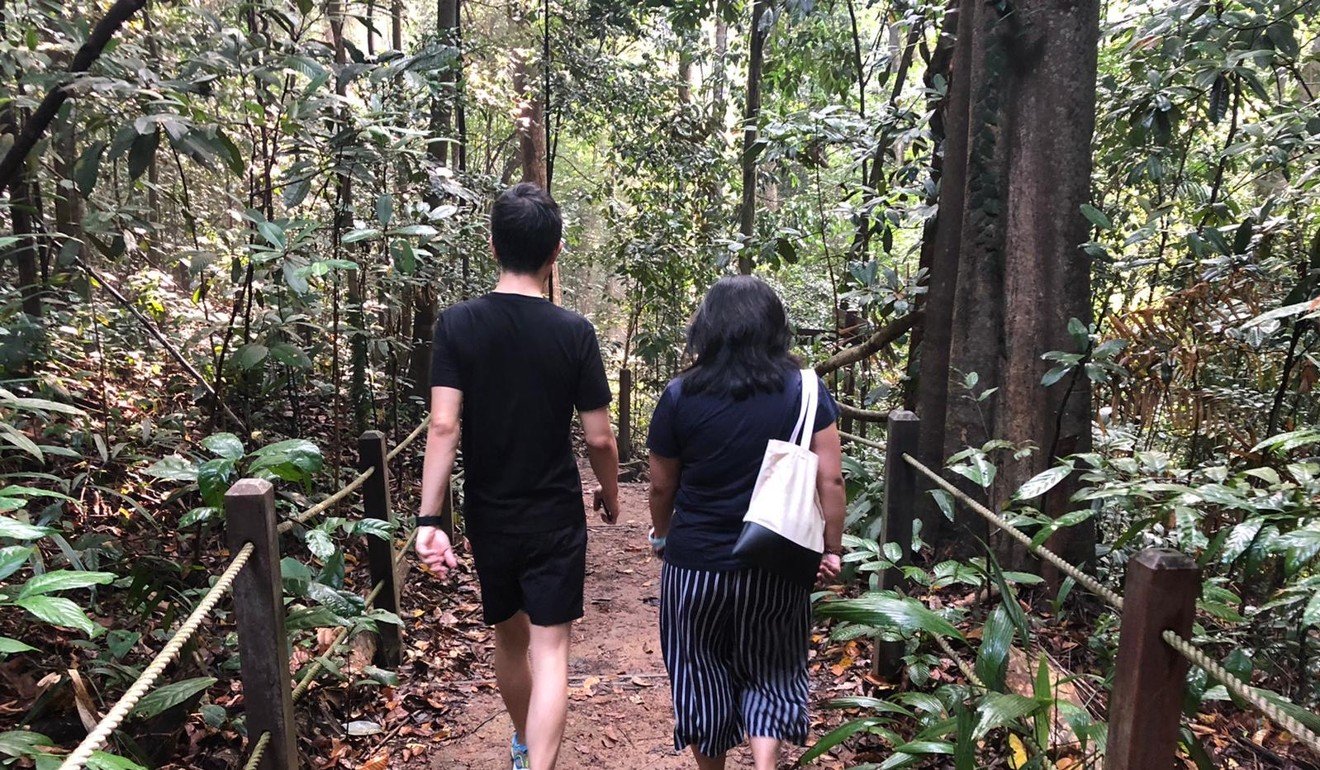 As I huffed and puffed up the trail, Quek recounted how he was always more interested in learning how businesses operate than in studying, even though he said he did fairly well academically.

As a student at Ngee Ann Polytechnic he embarked on several overseas internships to gain work experience, taking on everything from assembling chairs and making deliveries for a Taiwanese office chair factory to housekeeping duties at an adventure resort in Guilin, China. 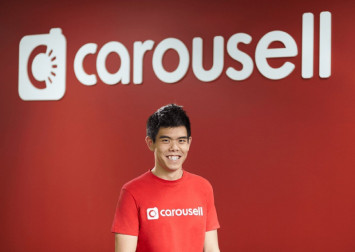 And while serving in Singapore's national service in his late teens, it was Apple co-founder Steve Jobs' famous "Stay Hungry, Stay Foolish" 2005 commencement speech at Stanford University that Quek printed out and tacked to the side of his army bunk as inspiration.

That same keen interest in business and entrepreneurship stayed with him when, as an undergraduate at the National University of Singapore (NUS), he applied for a year-long internship programme in Silicon Valley where students were sent to start-up hubs to gain working experience while taking entrepreneurship courses at universities such as Stanford.

"In our Stanford courses we had the opportunity to listen to Twitter founder Jack Dorsey and Aaron Levie of [cloud storage start-up] Box, and we realised that these guys who started these companies were no different from you and I," said Quek. "They were passionate about the problem they were trying to solve, and if they can do it, why can't we?"

Inspired by the entrepreneurial spirit he saw in the Valley, Quek spent most of his free time learning how to build apps with his housemate, Lucas Ngoo.

Upon their return to Singapore in 2012, Quek and Ngoo teamed up with Marcus Tan, an old schoolmate of Quek's who had participated in the same Silicon Valley programme a few years before, and came up with an idea for a mobile app that would allow users to list second-hand digital devices on a marketplace in 30 seconds, just by snapping a photo and typing a description for the listing on their smartphones. 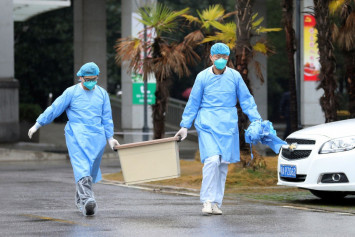 "We had all these gadgets lying around and no easy way to sell them because desktop classifieds sites were a hassle," said Quek, adding that to list on those sites meant that users had to snap photos and then upload the photos to an image hosting site before attaching them to a listing.

The app they had in mind would allow anyone with a smartphone to sell their second-hand products, said Quek, who added that he dreams of a world where buying second-hand on a platform like Carousell will be the first choice for consumers - saving them money, as well as being more environmentally friendly.

They took their idea to a hackathon event, where they built a prototype, pitched their idea, and won. Confident they were onto something, the trio took a leap of faith and decided to work full-time on Carousell in May that year. Quek pulled out of the honours programme at NUS and graduated from business school earlier than planned, while Tan quit his job as a business development consultant at Oracle.

"I figured that building my own company would be the best honours year in the school of hard knocks," Quek said.

Many people around the young entrepreneurs disagreed with their decision, however: "They told us big companies already did the same thing and they would crush us, that our company wouldn't survive," he said. "But we knew intuitively that the problem wasn't solved, because we weren't using the desktop classifieds sites that existed. Everything had moved to mobile, with smartphones, but there wasn't a mobile solution."

The first 1.5 years were tough - the three co-founders did not draw salaries, took the subway to work every day and ate cheap meals, according to Quek. After building the online marketplace, they went to flea markets all around Singapore to convince sellers to sell their items on it.

By Carousell's official launch in August, they had convinced some 70 sellers to list at least 10 items each, so early users had items to browse through. The first-ever item sold on the Carousell platform was a Kindle e-reader that transacted for $75.

Eventually, they found that their app was most popular among female users aged 15 to 24, and decided to focus on building the fashion and lifestyle community to grow users in that demographic.

"We learned that lesson quickly within our first six months, that if your target demographic is too broad, in the end you're targeting no one," said Quek. "It's better to have 100 people love you, than thousands of people who just kinda like you."

At one point, Quek and his co-founders even wrote their own social media posts to engage users. "We were writing Facebook posts, telling people what the top five peplum tops were, the top five little black dresses," he recalled. "We knew nothing about [women's fashion] but we asked friends what was cool and then wrote that content because it resonated with our audience." 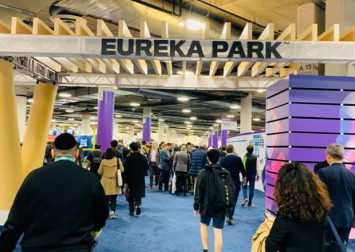 By January 2014, a year and a half into their start-up journey, Carousell had become the No 1 shopping app in Singapore, primarily through word of mouth, and with almost no marketing spend. Even though some similar apps - such as Letgo and Gumtree's mobile app - have since sprung up, Carousell has so far managed to maintain its dominance in Singapore and other Southeast Asian markets like the Philippines, often by snapping up competitors.

Now valued at US$850 million(S$1.15 billion), the company has a presence across eight markets in Asia and makes money by selling advertisements and charging car dealers and property agents a fee to post listings on the platform. Earlier this month, Quek was one of 10 entrepreneurs that were invited to have lunch with Singapore Prime Minister Lee Hsien Loong and discuss the challenges of doing business in Singapore.

As we reached the summit of Bukit Timah Hill, beads of perspiration rolling off our foreheads after almost an hour of hiking, Quek drew comparisons between hiking and overcoming the challenges of being an entrepreneur. 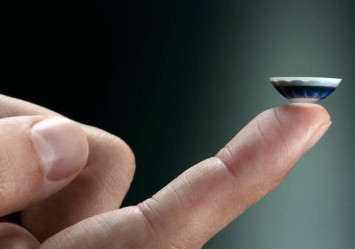 "Our instructor [in the outdoor activities club] used to say that you don't conquer Mount Kinabalu, you conquer yourself, and I've always thought that it's a great analogy to start-up life," he said. "So many things you do are uncomfortable, but you actually end up becoming stronger and becoming a better version of yourself."

As we approached the end of the trail, Quek said he hopes that ultimately, both he and the company will stay humble and true to its mission of empowering sellers.

While the co-founder no longer needs to eat the cheapest meals, or have to scrimp and save to keep Carousell going, he remains thrifty: he lives with his mother in a flat in Singapore, and most of his clothes are from Uniqlo, the Japanese retailer known for its affordable casual wear.

"What scares me is feeling settled," he said. "Things change so quickly, and the problem we want to solve is so big, that if we ever feel like we're already the best in the world ... that would be the start of our decline."