BEIJING - China’s internet watchdog has drafted rules for the first time to regulate the country’s livestreaming marketing industry, stepping up scrutiny on e-commerce marketplaces belonging to the likes of tech giant Alibaba Group and JD.Com.

Last week China published draft regulations aimed at preventing anti-monopolistic behaviour by internet platforms which wiped hundreds of billions of dollars off the value of some tech giants including Alibaba and Tencent.

Livestreaming marketing has seen its popularity surge in the last two years among brands like L’Oreal, Nike, Dyson and online shoppers, and most Chinese e-commerce platforms now offer the option to purchase and sell products via livestreaming.

Telegenic hosts sell goods from personal care products to home appliances in real time and top Chinese livestreamers like “lipstick king” Li Jiaqi and Viya can sell products worth millions of yuan in a single livestreaming session on platforms such as Alibaba’s Taobao, ByteDance’s Douyin and Kuaishou.

But the industry has also come under fire with some shoppers and brands accusing some livestreamers of misrepresenting products or faking sales numbers. 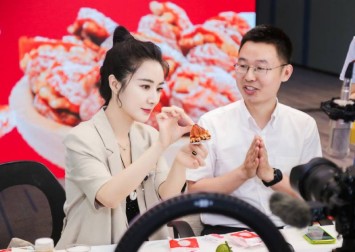 The Cyberspace Administration of China (CAC) said in a statement on Friday that under the planned rules, livestreamers will need to provide their real-name identification and social credit codes to the internet platforms they use.

The platforms will in turn have to submit regular reports to local authorities.

They will also need to regularly monitor their content and stop any illegal advertising, while the livestreamers will need to be over 16 years old unless they obtain a guardian’s consent.

Behaviour such as promoting pyramid schemes, bad social habits or falsifying page views will be prohibited and the platforms will have to establish a credit assessment list for livestreamers and blacklist any which violate laws, among other rules, the CAC said.

Livestreaming featured heavily at Singles’ Day, the world’s biggest online sales event, which saw Alibaba record about US$74 billion (S$99 billion) worth of orders through its platforms over Nov 1-11.

The public will have up to Nov 28 to respond to the CAC’s draft rules.