A new Bytedance sign is seen on the facade of its headquarters in Beijing, China, on Aug 8, 2018.

ByteDance, TikTok’s owner, is aggressively downsizing its video gaming unit, affecting hundreds of employees, in a fresh sign that the smart money in China is continuing to exit the heavily regulated industry, according to people familiar with the situation.

The Beijing-based company, which only one year ago was pouring millions into its gaming operations, has stripped Shanghai-based Wushuang Studio of most of its staff through lay-offs and internal transfers, after the closure of 101 Studio in June, said the people familiar, who declined to be named as the information is not public yet.

ByteDance’s gaming unit, however, will maintain certain operations in Shanghai for projects that have already launched, the sources said. ByteDance is also cutting jobs at Jiangnan Studio, its game development studio in Hangzhou, one of the people familiar said.

ByteDance did not immediately respond to a request for comment.

The job cuts by ByteDance, China’s most highly valued unicorn with deep pockets, will add to the woes in China’s gaming industry, which some analysts say has passed its peak now that China’s censors scrutinise every single detail of a new game, from a story’s plot to a character’s costume.

In a rolling regulatory crackdown, the Chinese government has also curtailed the issuance of new game licences, adding huge uncertainty as game developers often have no idea whether or when their products can be brought to market.

But it is not just the gaming industry that has seen leaner times.

ByteDance is not listed and therefore under no obligation to disclose its headcount changes or financial performance. But according to the released results from other listed tech companies, job cuts have become increasingly common recently.

Tencent Holdings, the social media and video gaming giant, downsized its workforce to 110,715 by the end of June, a decrease of roughly 5,500 employees from March, according to the company. Smartphone and gadgets maker Xiaomi also cut 900 jobs in the second quarter, according to its earnings release. 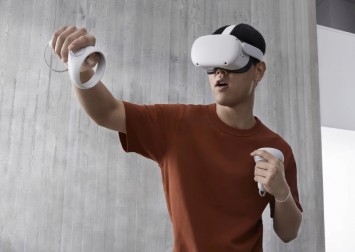 ByteDance had been relying on gaming as one area where it could diversify its revenue streams by tapping its huge TikTok user base. In February last year, it pushed its flagship gaming studio Nuverse centre stage by launching a stand-alone website for the development and publishing team. Led by former Tencent executive Yan Shou, Nuverse has teams in first-tier cities including Beijing, Shanghai, Hangzhou and Shenzhen, according to its recruitment site.

According to Nuverse’s website, it has several launched titles, such as Flower, an ancient Chinese-style noble school development game, and One Piece Blood Routes, a 3D-action mobile game. In July, it won a licence for the mobile title Crystal of Atlan.

Although Nuverse was aiming to create “hardcore” games that can generate steady revenues, up to now ByteDance’s biggest successes in the sector have been with smaller, casual games that mainly generate revenue from advertising.

Total revenue generated by Chinese video gaming companies and the number of gamers in the country both fell in the first half of 2022 from a year ago, marking their first decline since data became available in 2008, according to a report published by the country’s semi-official gaming association.

The combined revenue in China’s video gaming market decreased 1.8 per cent, while the number of gamers fell slightly to 665.69 million at the end of June from 666.57 million in December, the Game Publishing Committee of the China Audio-Video and Digital Publishing Association said in a report released at an industry conference on Thursday in Shaoxing, a city in eastern Zhejiang province.