A handout photo. A screen shot from the Chinese live-streaming platform Douyu.

China’s internet watchdog has called out some of the country’s major live-streaming sites for their “lowbrow content” as the country tightens its grip on an emerging internet sector that has flourished since the outbreak of the coronavirus pandemic.

The Cyberspace Administration of China named 10 live-streaming platforms, including Bilibili, Tencent-backed Huya and Douyu, as well as Xigua Video operated by ByteDance and Baidu’s Quanmin Video, for spreading lowbrow content, among other issues, according to a notice posted on Tuesday.

Bilibili counts Chinese internet giants Tencent and Alibaba, the latter being the parent company of the South China Morning Post, as its investors.

The regulator said it would impose penalties ranging from freezing content updates on main channels to suspending new user sign-ups, and would blacklist some of the offending live streamers.

A recent examination of 31 Chinese live-streaming platforms has exposed “the prevalence of an unhealthy content ecosystem, with varying degrees of vulgarity and lowbrow content”, the watchdog said, citing indecent dress codes and vulgar language used by some female and male broadcasters.

Huya has cleaned up “lowbrow and click-bait content” on its platform and going forward will “crack down on various unhealthy content ... and build a healthy ecosystem for live-streaming,” the company said in a statement, adding that it will upgrade its anti-addition system to protect teenage users and launch a credit system to encourage the creation of positive content.

Bilibili, Xigua and Quanmin did not immediately reply to a request for comment. Douyu declined to comment on the CAC notice.

The latest crackdown comes amid Beijing’s ongoing efforts to clean up the country’s cyberspace. Under Chinese President Xi Jinping the ruling Communist Party has tightened its grip on the internet and censored content deemed unsuitable, including pornography, gambling, fake news and political dissent.

This drive has intensified amid the growing popularity of new platforms such as live-streaming, short videos and microblogs. 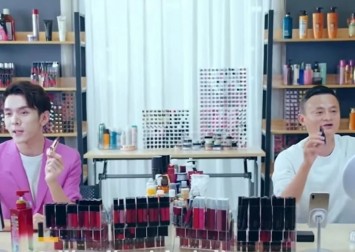 Earlier this month Chinese state media China Central Television called out two Twitch-like platforms, Huya and Douyu, for bombarding students with gaming ads while actively marketing themselves as online education portals for kids under quarantine from the coronavirus pandemic.

In response Huya said it introduced “emergency changes” to the site to address the issue and took down the gaming ads.

Live-streaming services in China gained new popularity during the coronavirus outbreak as a major platform to move education and retail offline to online.

China’s live-streaming market was worth 433.8 billion yuan (S$ 85 billion) in 2019 and is expected to double in size this year, according to a report issued in February by data analysis firm iiMedia Research.