Analysts said that although the 5G base station roll out has been impressive, it was still only a fraction compared with China’s huge base of 1.2 billion 4G users.

China said it has built close to 700,000 5G base stations this year, exceeding its original target of half a million, as the country continues to push ahead with ambitions to lead in the next generation of ultra-fast wireless technology.

The figure is more than twice the number of 5G base stations outside China said Ministry of Industry and Information Technology vice-minister Liu Liehong, without citing comparison figures from other countries.

MIIT revealed last month that over 690,000 5G base stations were operating across the country as of mid-October, with 160 million devices connected to 5G networks.

Liu updated that figure on Wednesday, where he spoke at the China Development Forum, saying more than 180 million devices were currently operating on the country’s 5G network.

“The good infrastructure has spurred a range of new 5G-based applications,” Liu said in remarks reported by Chinese media Sina News. “For instance, the smart education sector has witnessed the emergence of new education models such as ultra-high-resolution, remote interactive teaching powered by 5G, immersive teaching with augmented and virtual reality technology and hologram classrooms during the Covid-19 pandemic.”

Analysts said that although the 5G base station roll out has been impressive, it was still only a fraction compared with China’s huge base of 1.2 billion 4G users, creating a situation where consumers have been reluctant to upgrade to more costly 5G plans because there are no killer apps and must-have consumer services.

China’s 5G buildout comes at a time when the country is battling the US for global dominance in cutting-edge technologies such as artificial intelligence, 5G and Internet of Things (IOT), all considered key components for achieving competitiveness in the new economy.

Chinese President Xi Jinping has singled out 5G networks and data centres as top priorities in the country’s plans to invest in “new infrastructure”. 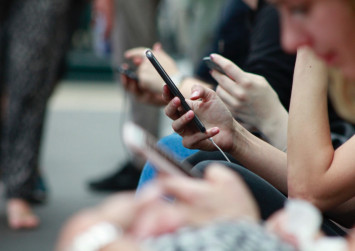 The next-generation network is considered a fundamental element of China’s new digital infrastructure, aimed at driving greater connectivity for consumers and businesses.

To achieve complete coverage, China will need 10 million 5G base stations in total, which will require about 2 trillion yuan (S$408 billion) of investment, according to Zhang Yunyong, CPPCC member and president of the China Unicom Research Institute.

South Korea, the first country in the world to provide 5G services, has 115,000 base stations in operation, according to government data in April. The Korean government announced last week that the number of 5G service users reached 8.65 million as of August.

The worldwide 5G network infrastructure market will almost double in 2020 to reach US$8.1 billion (S$11 billion), according to the latest forecast by Gartner.