The intricate work of modifying cells in a laboratory may become easier - and more affordable - thanks to technology developed by a research team in China.

According to a paper published in the scientific journal ﻿Small, the team at the State Key Laboratory of Robotics in Shenyang, in the northeast province of Liaoning, has effectively turned a gas bubble in water into a robot which can operate on the tiniest scale with unprecedented accuracy.

The team, led by Dai Liquo, created the bubble bot with a precisely controlled laser beam. The bubble, just a few micrometres wide, was able to perform a wide range of tasks in a water-rich environment, such as fabricating artificial tissue over a test tray or modifying an embryo.

"The micro-bubble robot … can be useful for tissue transplants, regenerative medicine, and biological research," the researchers said in the paper.

The development aims to address the challenge of handling extremely small objects in the laboratory, which is usually accomplished with a needle, handled by technicians with years of training, working for long hours under a microscope.

Even in the most experienced hands, samples are often damaged in the process. The lack of efficient tools is one of the reasons growing artificial tissue and cloning remains slow, expensive and prone to failure. Typically, fewer than 10 per cent of cloned organisms survive. 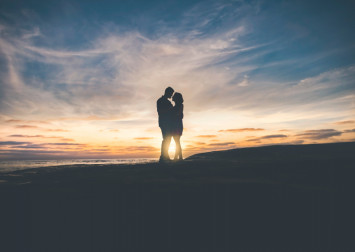 The scientists hope their bubble bot may eventually overcome these limitations but at this stage it remains a tricky operation, requiring a perfect combination of temperature, timing and laser lens type, according to the study.

The bubble is formed by the high temperature generated by a laser, with the strength of the beam determining its size. And when the beam moves, the bubble follows.

Moving the bubble around posed another challenge for the research team, who found that it remained stable for only a few minutes, limiting the time it could be used to manipulate and assemble microstructures.

The scientists developed a model to predict the physical traits and behaviour of the bubbles, through which they were able to achieve precise control of the bubble bot for the accomplishment of a wide range of tasks.

For instance, using the bubble bot the team was able to push a building block of artificial tissue, rotate it, make a flat piece stand up straight, or put different shaped pieces together like a jigsaw puzzle.

There is still room for improvement before the technology is ready for wide application.

"Three-dimensional manipulations were not always successful every time … the larger the size (of an object) the lower the success rate, (and) the longer the time required for a successful manipulation," the researchers wrote.

He Rong, associate professor with the school of microelectronics at Shanghai Jiaotong University, said the technology developed by Dai's team was innovative and "very challenging".

"Not many laboratories can repeat their work. It requires an advanced laser system and other sophisticated equipment, and they all need to work seamlessly together," she said.

But He saw big potential in the future for the bubble bot technology, which at the moment was still in its infancy. "It can be used in many areas that involve microscopic assembly and manipulations … such as cloning and artificial organs," she said.